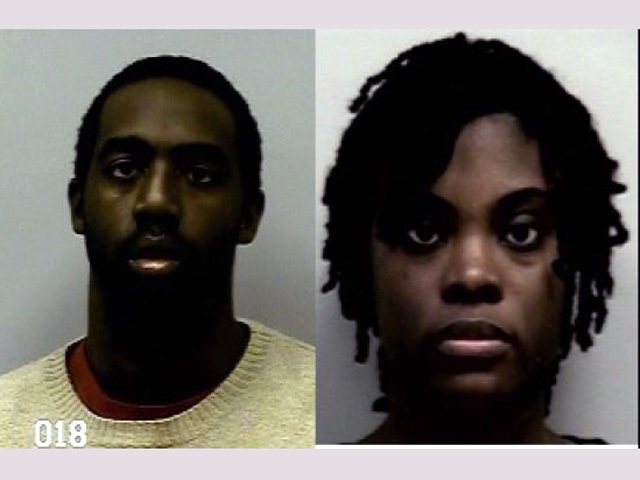 (CBS/AP) LAWRENCEVILLE, Ga. - A 10-year-old girl whose malnourished body was found in a suburban Atlanta trash bin had tried to run away from home and showed up at school with bruises and other signs of abuse, police reports show.

Emani Moss' burned and emaciated body was found in a trash bin in unincorporated Lawrenceville on Saturday. The girl's father,Eman Moss, and the stepmother, Tiffany Moss, have been charged with murder, concealing a body, and child cruelty.They are being held without bond in the Gwinnett County jail.

Moss' stepmother had previously been charged with child cruelty after beating the girl, according to reports from the Gwinnett County Police Department.

Authorities conducted an autopsy on Emani on Sunday and determined that her body was burned after she died, likely in an effort to conceal the crime, said Gwinnett County Police Cpl. Jake Smith. Emani may have died as early as Oct. 30 and was severely underweight when her body was found, Smith said. He said the autopsy showed the girl had been denied food for several days before her death.

On March 19, 2010, then-6-year-old Emani told a school nurse she was afraid to go home with her bad report card because she was afraid her parents would hurt her, according to one of the police reports. When the nurse investigated further, she found the girl had bruises on her body and reported it to police.

Police took Emani and her stepmother to department headquarters for interviews that day and said Emani had severe bruises and welts on her chest, back, shoulders, arms and legs, the police report said.

Tiffany Moss told police she "only" hit the girl with a belt three times, the report said. She was arrested on a child-cruelty charge.

In July 2012, Emani tried running away from home, the police reports show.

The girl's grandmother, Robin Moss, was quoted by local news media on Sunday and Monday as saying that she suspected Emani was being abused, but couldn't persuade state authorities to grant her custody. Emani's mother, Danita Leaks, told Atlanta FOX affiliate WAGA-TV on Monday that she and Eman Moss fought over custody for two to three years and she was unaware that her daughter was being abused.

"If I would have known that him and his wife were abusing my baby, I would not have let her stay over there," she told the television station.

Authorities initially said Eman Moss called police early Saturday saying he was suicidal and that his daughter died after drinking some type of chemical substance. Cpl. Smith said Monday that the detail about Moss being suicidal was a miscommunication during the 911 call and was later clarified with the dispatcher.

The paper reports Eman Moss told police that he panicked when the girl died and put her body in the trash bin and tried to burn it.

Police said they won't release audio from the call because it is part of the investigation and could be used in court.