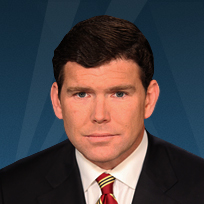 The emails are tied to an October 2009 battle between Fox News and the administration. At issue was a claim by Fox that it was being specifically excluded from interviewing Treasury pay czar Ken Feinberg - something the White House denied. Fox News was eventually granted an interview with Feinberg after other networks, including CBS News, refused the interview offer unless Fox was included.

Emails released by Judicial Watch, obtained under a Freedom of Information Act request, show Deputy White House Communications Director Jennifer Psaki writing in reference to the dustup, "brett baier just did a stupid piece on it---but he is a lunatic." Another email from Psaki reads in part, "I am putting some dead fish in the fox cubby--just cause."

Judicial Watch President Tom Fitton said the emails show the White House "seems to have lied about its attempt to exclude Fox News Channel" from the Feinberg interview, adding that they "show there is a pervasive anti-Fox bias in the Obama White House."

Acrimony between Fox News, which is widely seen as having a conservative slant, and the Obama administration is well known. It has sometimes gone public, as in when then-White House

communications director Anita Dunn said, around the same time that the emails were written, that Fox News "often operates almost as either the research arm or the communications arm of the Republican Party."

Asked about the emails at his briefing Thursday, White House press secretary Jay Carney first said, seemingly jokingly, that no White House employee "ever placed a dead fish in the Fox News cubbyhole, which I know is a suggestion."

He continued: "I can also say that it is well known that at the time there was a dispute between Fox News and its coverage and the White House and its feelings about the coverage. I mean, that was then, and we obviously deal with Fox News regularly."