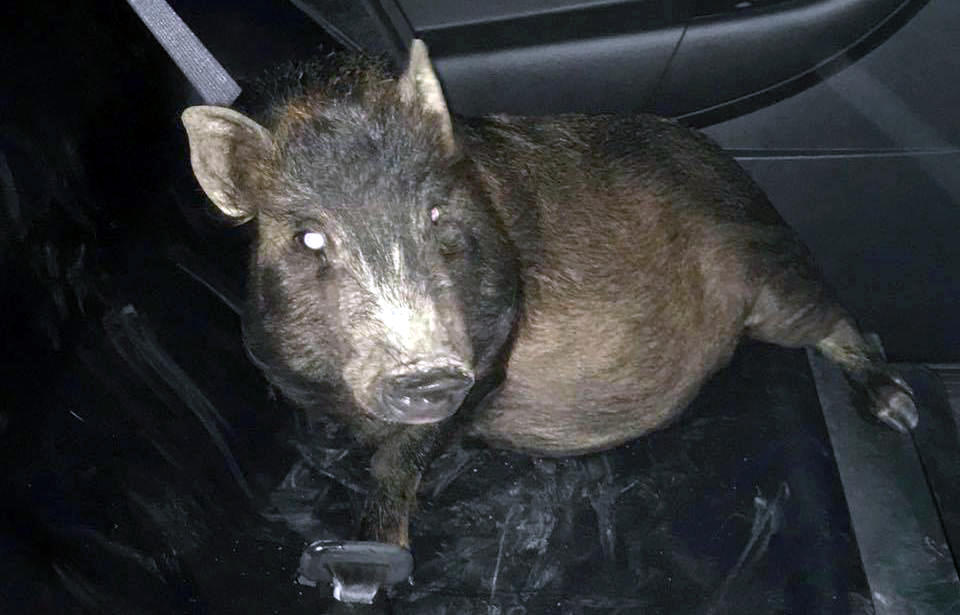 A man in Ohio realized the downside of bringing home the bacon when a pig wouldn't stop following him on his way home early Saturday morning. Police in Elyria, Ohio, say they thought the unidentified man must have been drunk or hallucinating when he called for backup after failing to shake the swine.

The North Ridgeville Police Department said they received the call at 5:26 a.m. Saturday morning. Upon arrival, they discovered the man, who was totally sober but still being followed by the pig near the city's Amtrak station.

An officer loaded the pig into his police cruiser and eventually returned it to its owner. A department spokesperson told CBS News the pig's name was Zoey.

"Also, we will mention the irony of the pig in a police car now so that anyone that thinks they're funny is actually unoriginal and trying too hard," the department said in a Facebook post.