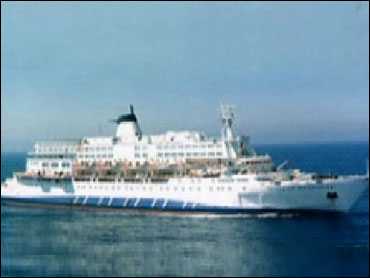 After missing his last start with a rib injury, Elway joined 1983 draft classmate Dan Marino as the only quarterbacks in NFL history to throw for 50,000 yards. He reached the milestone Sunday in the first quarter of Denver's game against the Oakland Raiders.

Elway, whose first completion 15 years ago went for 14 yards to Rick Upchurch, had 49,970 yards entering Sunday's game. He surpassed 50,000 with a 5-yard pass to Willie Green, his fourth completion of the day.

The Mile High Stadium crowd started cheering immediately after the catch, even before the scoreboard displayed Elway's achievement. Elway took the ball from Green and held it aloft to acknowledge the fans and accepted a high-five from longtime teammate Shannon Sharpe before taking the ball to the sideline.

Elway had 30 yards on the historic drive, which ended with Jason Elam's 32-yard field goal.

The milestone was delayed for two weeks after a strained rib muscle limited Elway to just one series against San Diego on Nov. 8. He had 12 yards passing that game and sat out Denver's 30-7 win at Kansas City on Monday night.

Among the other staggering numbers in Elway's 16-year career are 46 game-saving fourth-quarter comebacks; a 144-80-1 regular-season record (tops in NFL history); 287 touchdown passes; 12 seasons with at least 3,000 yards passing; and 4,007 completions entering Sunday.

Most important to Elway, however, was last season's Super Bowl victory, his first in four tries with the Broncos.

The win led to speculation Elway would retire on top, and he took several months before deciding to return for another season, and ultimately membership in the 50,000 club.

Reaching the mark has come at painful lengths as Elway has missed all or parts of six games this season with a strained hmstring, a stiff lower back and the strained rib cage.