The clock read 2:54, and the Cincinnati Bengals sensed they were in trouble despite playing one of their best games of the season.

That was way too much time for John Elway.

Elway led Denver to three fourth-quarter touchdowns and pulled off yet another clutch drive in the closing minutes, rallying the Broncos to a 33-26 victory Sunday that left them the only unbeaten team in the NFL.

The defending Super Bowl champions (8-0) added to the best start in franchise history by turning to its best duo in the last 16 years -- Elway and the fourth quarter. Minnesota's 27-24 loss to Tampa Bay left Denver as the only perfect team at the season's midpoint.

"It's been a while since we've had one like this," said Elway, who completed all four of his fourth-quarter passes for 86 yards. "It's something we probably needed. We hadn't been in that situation. When you're not playing well, you've got to find a way to win."

For a while, it looked like the Bengals (2-6) could join the Buccaneers as upset maker. Cincinnati became the first team to lead the Broncos in the fourth quarter all season and managed to tie it at 26 on Neil O'Donnell's touchdown pass and 2-point conversion completion with 2:54 left.

But on their sideline, there was a sense of dread.

"I thought we might have scored too early," coach Bruce Coslet said. "I talked during the week about 'Captain Comeback.'"

He was speaking of Elway, of course. Forty-five times during his 16-year career, Elway had put together a game-saving drive -- one that either tied the score or put Denver ahead in the fourth quarter.

Elway completed passes of 30 and 14 yards to Ed McCaffrey, exploiting the soft middle of Cincinnati's zone coverage. Terrell Davis' 5-yard run put the Broncos ahead 33-26 with 58 seconds left and added another page to Elway's legacy.

Davis scored two of the Broncos' fourth-quarter touchdowns -- the other came on Elway's 25-yard pass to McCaffrey -- and complemented Elway's perfect touch in the clutch. Davis carried 11 times for 53 yards in the fourth quarter alone.

"You're going to face a few days like this," Davis said. "As long as you come together at the end of the game, that's all that matters."

The Bengals had one last shot after Tremain Mack's 61-yard kickoff return gave them the ball at Denver's 32 with 48 seconds and one timeout left.

Alfred Williams, a Bengals' No. 1 draft pick, sacked Neil O'Donnell to put Cincinnati in a bind, and O'Donnell's last two passes were off target.

"Halfway done, we're thrilled to be 8-0," Elway said. "But we've got a long way to go. Today was a great lesson for us: We've got to be ready to play week in and week out."

The Broncos made just enough plays when it mattered to avoid the Vikings' fate. They forced Corey Dillon to fumble inside the 10 and scored a pair of touchdowns within a 2:01 span of the fourth quarter that featured Vaughn Hebron's punt block.

"To me, this kind of game shows championship quality more than us having a blowout," Hebron said.

O'Donnell finished 20-of-37 for 257 yards and three touchdowns while working with a depleted receiving corps. Darnay Scott was inactive because of a strained Achilles' tendon.

The Bengals controlled the first half, piling up 238 yards against a defense tht looked flat. Cincinnati had four first-and-goal chances in the first half, but had to settle for two field goals and a touchdown followed by a botched extra-point try.

That hurt them in the second half, when Elway and Davis finally got the Broncos' offense rolling. Davis finished with 149 yards on 27 carries, his seventh consecutive 100-yard game.

Elway missed open receivers in the first three quarters, but used the strong finish to wind up 15-of-26 for 213 yards. McCaffrey had seven catches for a career-high 133 yards. 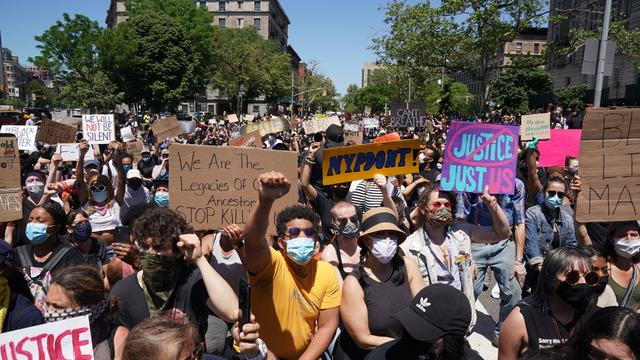