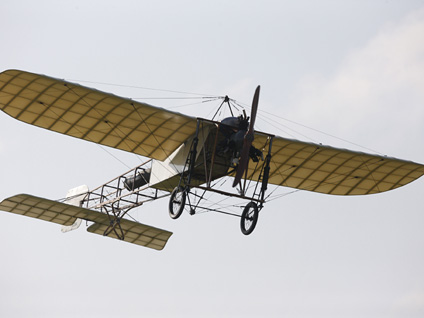 Lisa Marie keeps the house, but the Elvis Presley estate is coming under new management.

Businessman Robert F.X. Sillerman, founder of promoter SFX Entertainment, announced Thursday that he has an agreement with Elvis Presley Enterprises Inc. to purchase 85 percent of the company's assets.

Elvis Presley Enterprises is the business arm of the estate, which was inherited by the king of rock 'n' roll's only child, Lisa Marie Presley.

Sillerman is forming a new company, CKX Inc., to take over the estate's business, Elvis Presley Enterprises said. Current estate managers referred to the sale as a "new partnership."

Under the agreement, Ms. Presley will hold title to her father's home, Graceland, and the more than 13 acres it sits on. She also will keep most of her father's "personal effects," an announcement on the agreement said.

Graceland attracts more than 650,000 visitors a year. Thousands of Presley's fans flock to Graceland each August to remember the anniversary of his death there in 1977.

The new partnership will handle Graceland's tourist business and control trademark rights to Presley's name and likeness. The purchase covers intellectual property owned by the estate as well as its music-publishing catalog.

Ms. Presley said she expects the new managers to increase the marketing of her father's name and image.

"I feel confident that Bob Sillerman and his team are the right people to do this with. My greatest responsibility to my father is to preserve and protect his legacy, and this is an exciting new structure that opens up an incredible array of opportunities with a major infusion of new investment capital to do just that," she said in a statement.