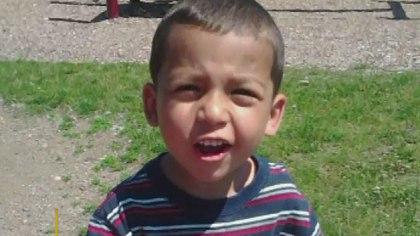 WORCESTER, Mass. -- Prosecutors say the mother of a 5-year-old Massachusetts boy whose body was found in a suitcase by the side of a highway has not been charged in his disappearance -- but she has pleaded guilty to abusing two of her other children.

Elsa Oliver was sentenced Tuesday to 7½ years in prison after pleading guilty to assault and battery and reckless endangerment.

Worcester District Attorney Joseph Early Jr. says his office has dismissed kidnapping and other charges against Oliver in connection with the disappearance and death of her son Jeremiah Oliver. Jeremiah was last seen alive in September 2013, but wasn't reported missing until December 2013. His body was found off Interstate 190 in Sterling in April 2014.

No one has been charged in his death.

Prosecutors said Oliver required her other children to stand in a cold shower or kneel for extended periods of time, reports CBS Boston. Her lawyer said she pleaded guilty because she didn't want to subject her children to a trial of any kind.