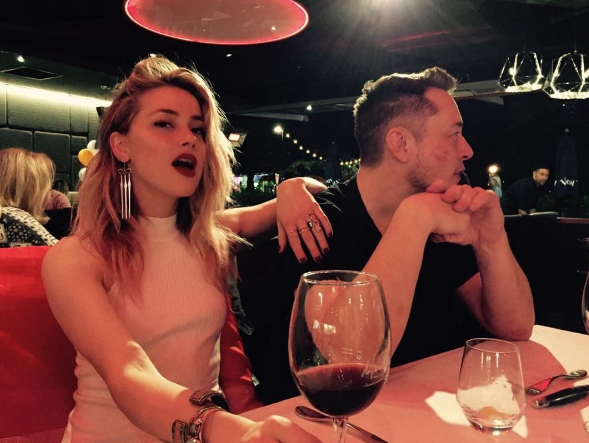 Billionaire Elon Musk and actress Amber Heard have stayed mum about their dating status, but the pair appeared to confirm their relationship over the weekend on Instagram.

Musk and Heard posted matching photos of the two of them dining out at a restaurant on the Gold Coast in Australia, just after Heard planted a kiss on Musk’s cheek, leaving behind some lipstick.

“Cheeky,” Heard wrote in the caption.

The two were also spotted zip-lining in Australia, where Heard is filming “Aquaman.” The Tesla scion’s Instagram caption revealed that the couple were eating out with the movie’s director James Wan and producer Rob Cowan.

Olivia Newton-John to be honored with state service
More