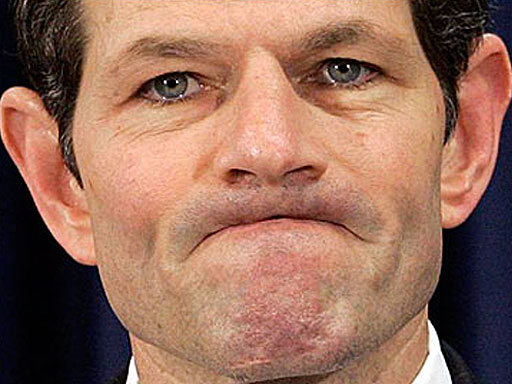 CNN announced today that former New York Gov. Eliot Spitzer, who resigned from office following revelations that he had visited a prostitute, will be the host of a new primetime show on the network.

Spitzer, a Democrat, will appear in the 8:00 p.m. time-slot along with conservative columnist Kathleen Parker in a as-yet-unnamed show that sounds somewhat similar to CNN's former liberal-vs.-conservative program "Crossfire."

"Other cable news channels force-feed viewers one narrow, predictable point of view; in contrast, CNN will be offering a lively roundup of all the best ideas - presented by two of the most intelligent and outspoken figures in the country," CNN/U.S. president Jon Klein said in a statement. "Eliot and Kathleen are beholden to no vested interest - in fact, quite the opposite: they are renowned for taking on the most powerful targets and most important causes."

Parker, who describes herself as a "rational" conservative, wrote a column in 2008 calling for an "out of her league" Sarah Palin to remove herself from the Republican presidential ticket; she has won the Pulitzer Prize for Commentary for her syndicated columns.

Spitzer, meanwhile, has been steadily rehabilitating his image since his fall from grace in March 2008, appearing regularly on cable news shows, teaching and penning a column for the online magazine Slate. He complained to Time Magazine of his boredom earlier this year, saying, "When you have nothing to do all day, you eventually start yelling from the rafters."

In the CNN release, Spitzer says he is "grateful to CNN for the opportunity to co-host a show that will advance the discussion of the defining issues of our time."

The new show will take over the timeslot formerly held by Campbell Brown, who stepped down last month with an acknowledgement that her ratings were lagging.