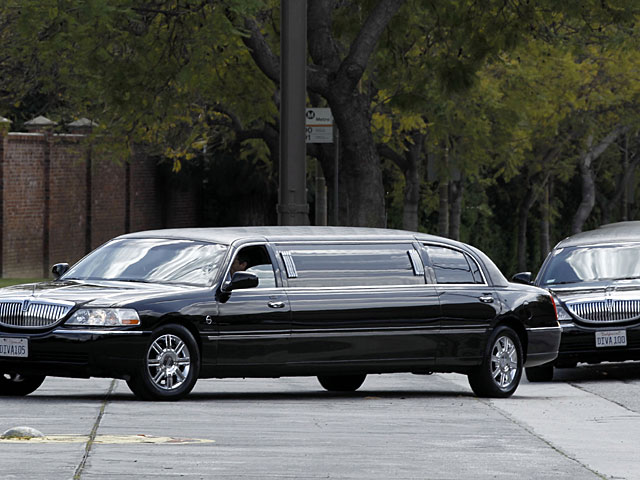 Elizabeth Taylor was remembered by family and friends at a small private service Thursday before being laid to rest, just one day after her death at the age of 79.

The funeral was held quickly in keeping with Taylor's Jewish faith. Taylor converted to Judaism when she married Eddie Fisher.

Although media were kept at a distance, details about the service have emerged -- including word on its humorous beginning.

The private service was set to begin at 2:00 but, reports CBS News National Correspondent Ben Tracy, the ever-dramatic actress left specific instructions that it begin 15 minutes later than scheduled because she "even wanted to be late for her own funeral."

There was, says People Magazine Executive Editor JD Heyman," just an outpouring of love and affection for this woman who moved so many people."

Less than two years ago, Taylor attended services at the same cemetery for her once-close friend Michael Jackson.

Her crypt is now near his, inside the building known as the Great Mausoleum.

While it's been decades since Taylor was a major on-screen attraction, her passing has sparked renewed interest in all-things-Liz, Tracy says.

On Amazon.com, seven of her movies became top 100 bestsellers over the past two days. A portrait of the late actress painted by Andy Warhol is going up for auction in New York in May. It's now expected to fetch as much as $30 million. Actor Hugh Grant sold a similar portrait of Taylor in 2007 for $23.6 million.

"There is a lot of nostalgia generated by this," People's Heyman says, "a lot of interest in ... her romances, her jewels and certainly, the movies she made."

While Thursday's service was mainly for Taylor's family, a public memorial is being planned, befitting a life lived in front of the camera.