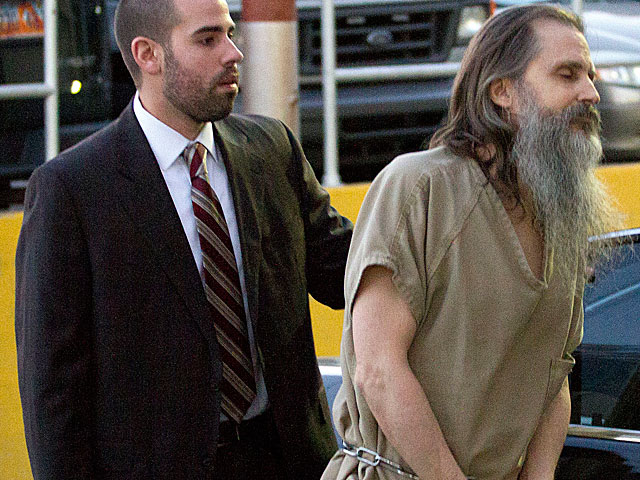 SALT LAKE CITY (CBS/AP) In her second day of testimony Tuesday, Elizabeth Smart told jurors about a frustratingly close call with a Salt Lake City detective in a library just months after she was abducted in June 2002 by defendant Brian David Mitchell.

The detective had approached a robed Smart, who was sitting at a library table, and asked if he could look under the veil she wore across her face, Smart told the federal jury in Salt Lake City.

"He said he was looking for Elizabeth Smart," she said. But Smart couldn't reply, and instead was frozen with fear as Mitchell's now estranged wife, Wanda Barzee, squeezed her leg in a warning to keep quiet.

When the detective approached her and asked to look under her veil Mitchell got in between them, Smart said.

But Mitchell stood firm and the detective relented and walked away, Smart testified. She told jurors she blamed herself for that missed opportunity.

"I was mad at myself, that I didn't say anything," she said. "I felt terrible that the detective hadn't pushed harder and had just walked away."

On their first venture into the city, Smart says Mitchell had told her that if she tried to run away she would be killed. The encounter with the officer came in early fall, weeks after Mitchell and Barzee first brought Smart with them into the city - essentially hiding her in plain sight and keeping her under his control with threats on her life.

It was apparently that encounter that pushed Mitchell to up his timetable for leaving the city, but before he left he attempted to kidnap one more "wife," Smart's cousin, Olivia Wright.

Smart testified about watching Mitchell pack a bag with the all-too-familiar black clothes and stocking mask that he wore when he took her. But his plan was thwarted when he apparently knocked over knickknacks in his attempt to open the window in Wright's room.

The following day, Mitchell forced Smart to metaphorically sever any remaining ties with her family by burning the red pajamas she had been wearing on the night she was taken.

Smart said she dropped the pajamas into a campfire and watched them burn.

Afterward, Smart said she found in the ashes a safety pin that she had used to keep the neck of the pajamas closed. She fastened it to a small piece of rubber from her tennis shoes - which Mitchell had thrown out - and hid it.