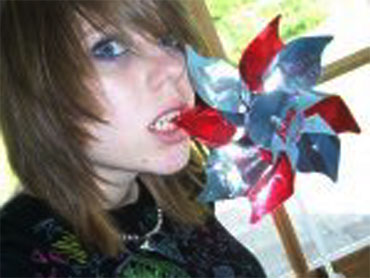 JEFFERSON CITY, Mo. (CBS/AP) Alyssa Bustamante, the 15-year-old accused of killing her 9-year-old neighbor Elizabeth Olten, was sent to a mental hospital after her lawyer said she showed signs of severe depression and anxiety.

A judge ordered Bustamante to be taken to the Fulton State Hospital for up to 96 hours, but it was unclear exactly when that clock started. The order by Cole County Circuit Judge Patricia Joyce is dated Thursday but did not have a time stamp; it was released Friday.

Bustamante had been held at the Morgan County jail since being indicted Wednesday as an adult on charges of first-degree murder and armed criminal action for Elizabeth's death.

Police say Bustamante strangled, stabbed and cut Elizbeth's throat on Oct. 21 because she wanted to know what it felt like to kill someone. They say Bustamante confessed and led them to Elizabeth's body two days later in a wooded area near their homes in St. Martins, just west of Jefferson City.

During a court hearing Wednesday, a juvenile justice officer testified that Bustamante had attempted suicide two years ago and had received both inpatient and outpatient mental health treatment for depression and cutting herself. Her juvenile defense attorney said Bustamante also had attempted to cut herself with her own fingernails while being held in juvenile custody after Elizabeth's death.

Public defender Jan King cited the previous suicide attempt in a court document Thursday while stating that Bustamante was "demonstrating signs of severe depression and anxiety" and had been under a suicide watch at the jail.

Bustamante needs "immediate psychological treatment" to "assess her current mental state and to prevent the possibility that she may harm herself," King said in the motion requesting her transfer.

A judge entered a not guilty plea on Bustamante's behalf during her initial appearance Wednesday in adult court.

If Bustamante is convicted of first-degree murder, she would face a sentence of life in prison without parole.