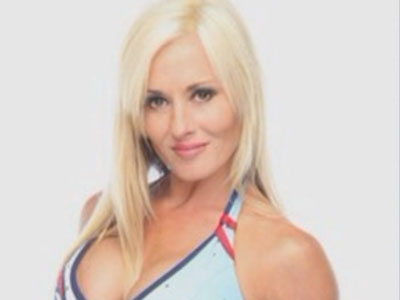 The 42-year-old Garner, who was a member of the Titans cheerleading squad four years ago, was indicted on charges of sexual battery and solicitation last week.

Police in Murfreesboro, Tenn. say Garner was visiting a friend's home when she followed a 12-year-old boy into the bathroom, fondled him, and then tried to seduce him, the station reports.

According to the police report, Garner told detectives that she was drunk that evening and she got the boy confused with a man that was also at the residence.

"That's just absolutely no excuse for sexually assaulting a child. If you can't tell the difference between a 12-year-old and an adult then there are problems," Kyle Evans, of the Murfreesboro Police Dept., said.

Garner gained a measure of fame during her time as a Titans cheerleading in 2008 because of her age. She was featured on blogs and newspapers as a 38-year-old who made a team made of up mostly 20-somethings, the station says.

WTVF spoke to Garner and her husband in an off-camera interview and she said she is innocent of the charges.

Garner was released on a $30,000 bond. If convicted, she could be sentenced to more than eight years in jail.