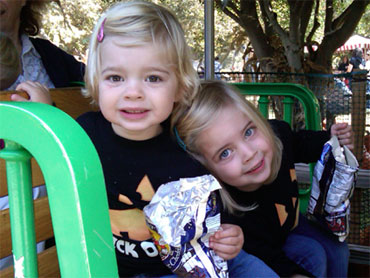 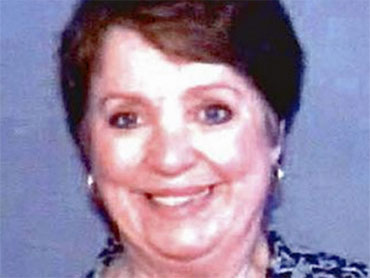 (KTLA)
SANTA ANA, Calif. New details in the alleged quadruple murder-suicide involving Texas attorney Elizabeth Fontaine have been released by the Orange County Sheriff's Department, and police are now exploring the idea that a grandmother may have pulled the trigger on her family.

When a police deputy responded to a Dec. 14 domestic disturbance call in the gated San Clemente community about 30 miles from downtown Los Angeles, she saw 67-year-old Bonnie Hoult standing outside a home holding the hand of her 4-year-old granddaughter Catherine Fontaine, according to Orange County Sheriff's Department spokesman Jim Amormino.

When Hoult saw the deputy, the woman walked briskly toward the mustard-colored house, dragging the girl along, and entered the open garage, according to Amormino.

The deputy followed and thrust her foot in a door to the house to try to keep it open - but Hoult slammed it shut and locked it.

The bodies of Elizabeth Fontaine, 38, her mother, Bonnie Hoult, and Fontaine's two young daughters, Catherine, 4, and Julia, 2, were found shot to death in the hallway.

While the violence played out in San Clemente, the girls' father, Jason Fontaine, paced the floor of an Orange County courthouse, waiting for his daughters to be returned after the judge had ordered them placed into the custody of his sister, Stephanie Laren, the girls' paternal aunt.

Elizabeth Fontaine never showed, and Jason Fontaine and his lawyer, John York, grew worried that she had grabbed the children and planned to flee to Houston, where she had recently moved, according to The Los Angeles Times.

Jason Fontaine then sent his sister to John Wayne Airport with a custody order to see if Elizabeth Fontaine was there with the two young girls and to try to stop them, York said.

The sister could not find Fontaine or the girls at the airport, and no one in the courthouse knew where the distraught mother had gone.

A few hours later a court official took York into the court's chambers and told him that four bodies had been found in the San Clemente home. Jason Fontaine broke down when the attorney informed him, York said.

Although gunpowder residue was found on the hands of both adult women, investigators have not determined who fired the shots, according to Amormino. A handgun registered to Hoult, a retired psychologist, was found between the women's bodies.