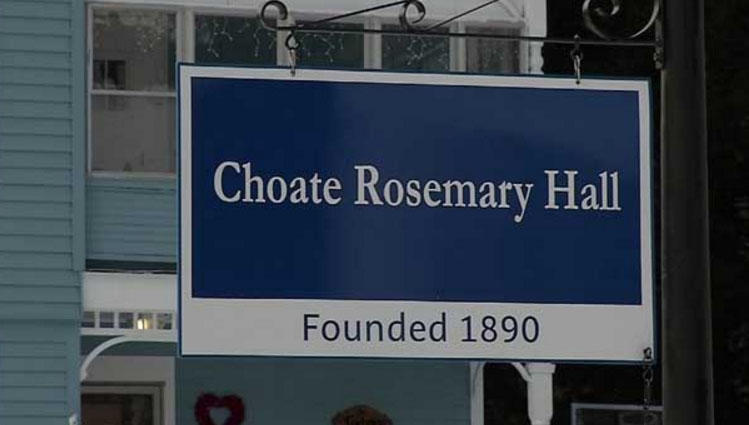 WALLINGFORD, Conn. -- A new report names 12 former faculty and staff members at an elite Connecticut boarding school who allegedly engaged in sexual misconduct with students that went on for decades.

An investigator hired by Choate Rosemary Hall in Wallingford released the report Thursday that graphically recounts the alleged experiences of 24 former students.

The report says the alleged sexual misconduct took place between 1963 and 2010 and included “intimate kissing,” ‘’sexual intercourse” and “forced or coerced intercourse.”

No current faculty or staff members have been implicated in the misconduct claims and there are no reports relating to any current students.

The report notes that in some cases the school acted quickly in response to the alleged sexual misconduct, but in other cases it did not.

CBS Hartford, Connecticut affiliate WFSB-TV reports the school issued a statement saying, “On behalf of Choate Rosemary Hall, we profoundly apologize. The conduct of these adults violated the foundation of our community: the sacred trust between students and the adults charged with their care. We honor and thank the survivors of sexual misconduct who came forward. We hope that through this report, our community can address the issue of adult sexual misconduct in a frank and direct manner. Throughout this self-examination, our goal has been to come together as a community to provide validation and support to those who suffered from abuse, to learn from the past, and to live up to the core standards outlined in Choate’s Statement of Expectations.”