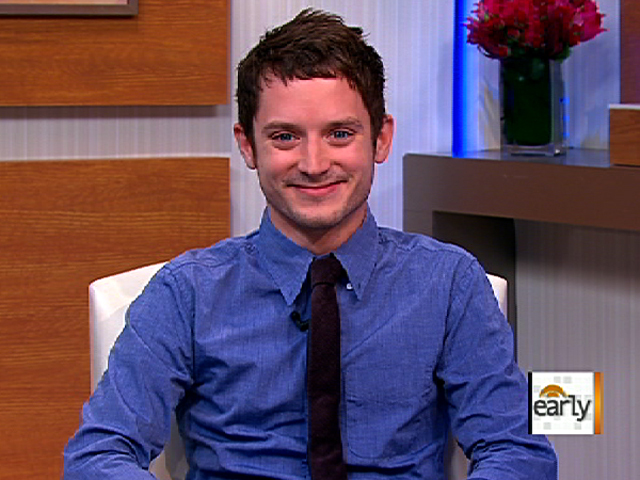 Elijah Wood was a hugely popular actor by the age of 9 and over the past two decades, he has surprised and entertained us in a variety of roles, from a hobbit to a penguin named "Mumble."

In the new film "Happy Feet 2," Wood lends his voice once again to the tuxedoed tap-dancing penguin. This time, he plays the role of the father guiding his son through an identity crisis. Wood joins a star-studded cast that includes rocker Pink, Robin Williams, Brad Pitt, Matt Damon and Sofía Vergara.

Wood said the movie's stars got together to perform scenes collaboratively. The technique is different from traditional animated features, in which the stars voice their parts separately -- often solo in a studio.

Wood said the move to work together "makes a huge difference." He said, "When you think about doing voice on your home and you're in the context of a scene and you have to react to other characters it takes a little bit of guesswork and you're solely focusing on what you're doing, but a scene kind of takes life when you have other people to interact with. And sometimes, we were literally sharing a mike or physically interacting with each other and it takes on a life of its own. You don't then have to imagine the scene. It kind of is happening for real. It's wonderful."

Wood explained the movie tells a "beautiful" story that adults and kids will enjoy. The story is about animals working together to escape getting trapped by an iceberg.

He said, "Ultimately, all of these communities have to work together at the end in order to get them out. It is beautiful, that idea of people working together for a common goal."

Wood said it would be "fantastic" if this film experienced the same success. He said the movie has similar messages as the first movie, but isn't a "preachy, message" movie.

Wood also mentioned "The Hobbit." He said he recently got to return to New Zealand to reprise his role as Frodo in a cameo part.

Wood said, "(Frodo) is not actually alive during the time of 'The Hobbit.' It's actually 50, 60 years before 'Lord of the Rings' time, so it's a kind of small little cameo. "