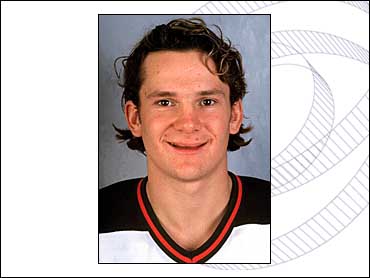 Patrik Elias, who recently set a New Jersey Devils' record by scoring points in 15 straight games, was added to the World Team for Sunday's NHL All-Star game in Toronto.

Elias will replace Peter Forsberg of Colorado, who will miss the game because of a concussion sustained earlier this week against Vancouver.

Elias leads the Devils with 22 goals, with 16 coming in the last 17 games. The left wing had 15 goals and nine assists in his streak which was ended in Detroit on Saturday.

The All Star appearance will be the first for the 23-year-old Elias, a native of the Czech Republic. Three of his Devils' teammates will play for the team representing North America, goaltender Martin Brodeur, defenseman Scott Stevens and rookie forward Scott Gomez.