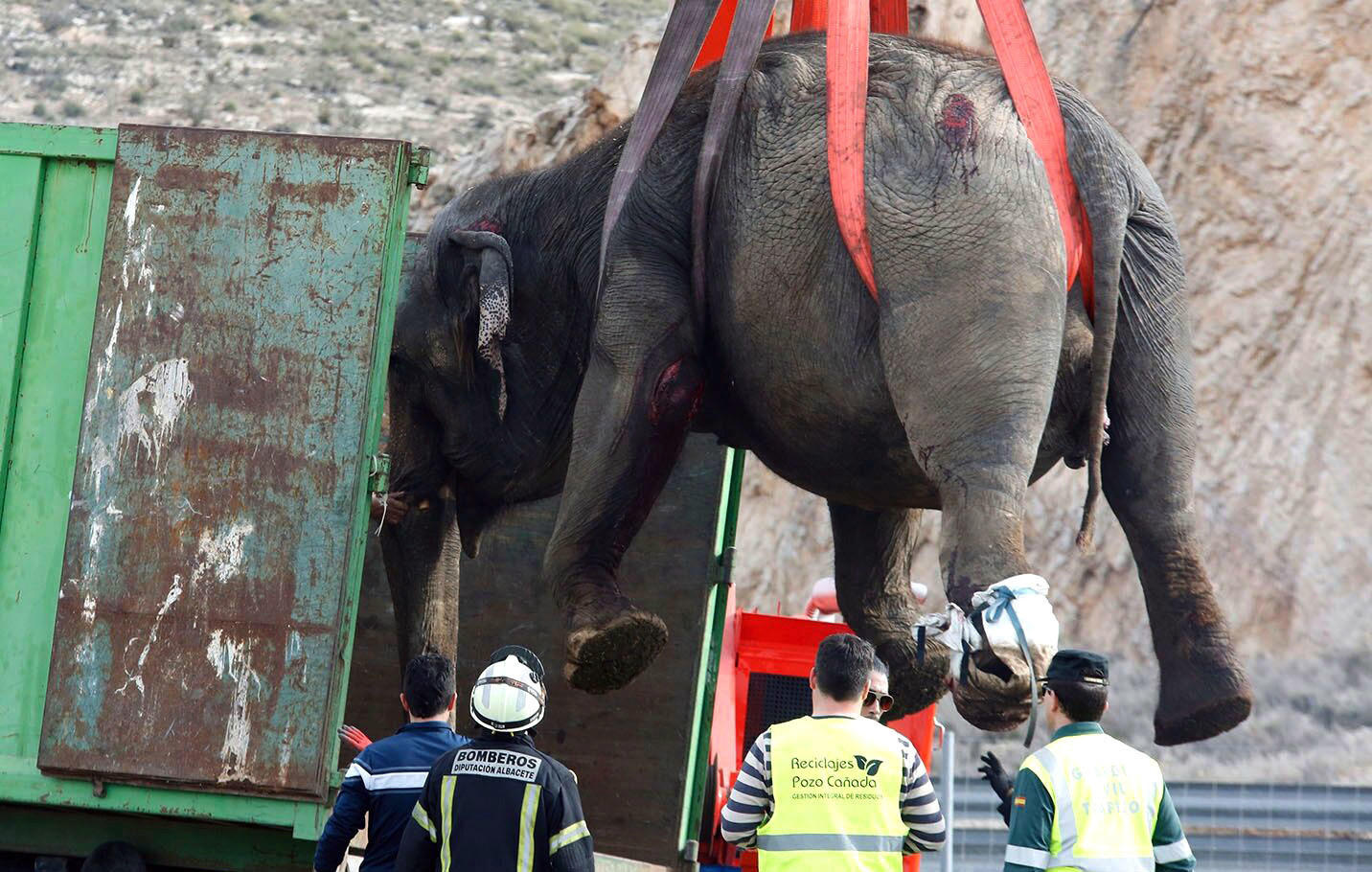 MADRID -- Authorities in southern Spain say an elephant has died and four others are recovering from injuries after a circus truck tipped over on a major highway, provoking an outcry among animal rights defenders. The truck overturned on Monday on the highway linking Albacete with Murcia after overtaking another long vehicle, said Albacete's Civil Guard spokesman Jose Amado.

He said the movement of the five female elephants could have destabilized the truck.

The driver wasn't injured, the spokesman said, but one of the elephants died on the spot. The four surviving elephants - three of them with minor cuts, and one with injured legs- are being treated by veterinarians in a public facility before being moved to a clinic in coming days.

Animal rights groups say the accident is the latest example of how circuses are a danger for wild animals.