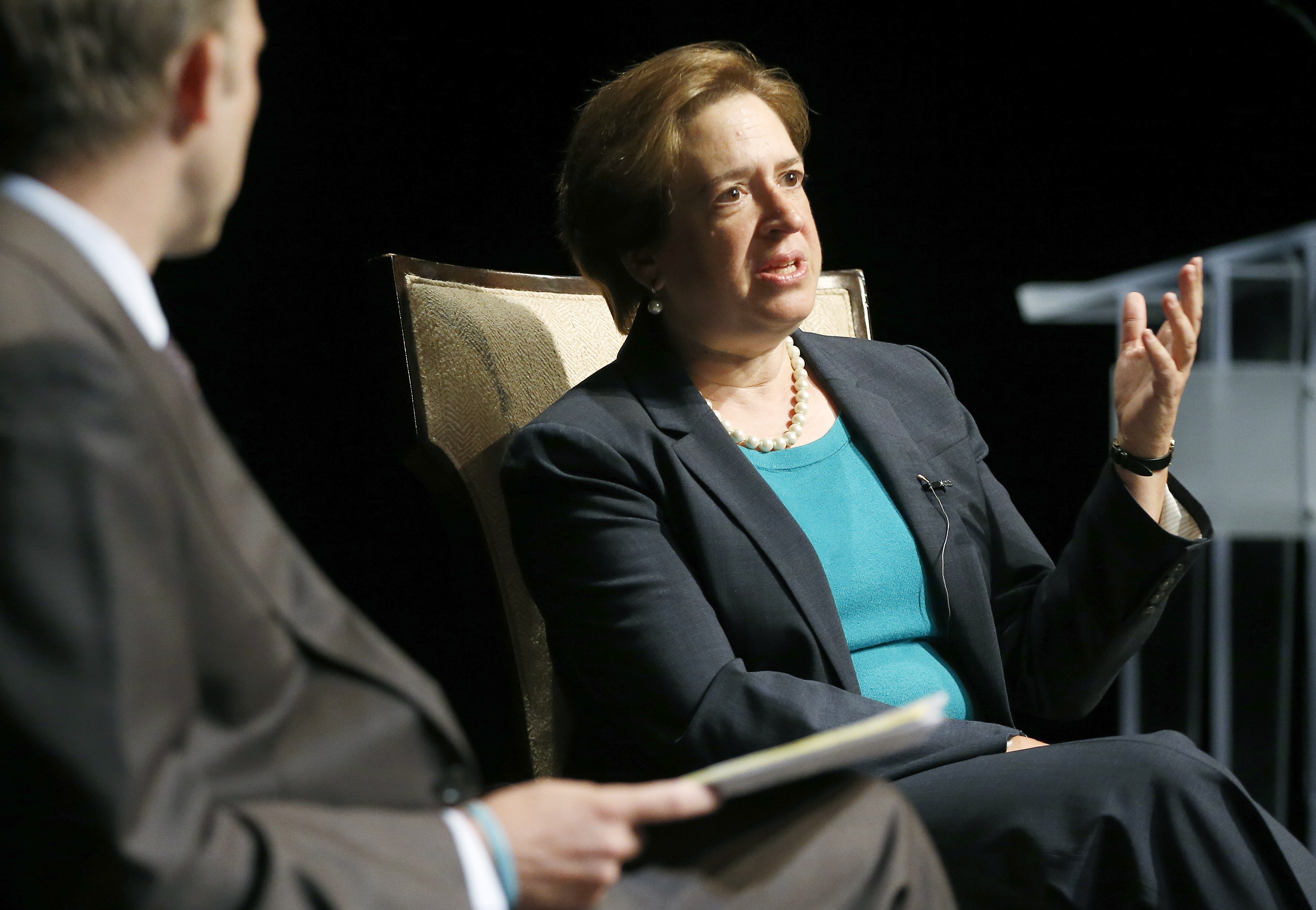 The members of the Supreme Court continue to communicate with one another through memos printed on ivory paper even as they face the prospect of hearing cases related to emerging technology and electronic snooping in the years to come, Justice Elena Kagan said Tuesday.

The justices have a ways to go to understand technology such as Facebook, Twitter and even email, Kagan said in a conversation with Ted Widmer, a historian and librarian at Providence's Brown University who has been an adviser to Bill and Hillary Clinton.

"The justices are not necessarily the most technologically sophisticated people," she said, adding that while clerks email one another, "The court hasn't really 'gotten to' email."

Kagan, at age 53 the youngest and most recently appointed justice, said communication among the justices is the same as when she clerked for the late Thurgood Marshall in 1987.

Justice write memos printed out on paper that looks like it came from the 19th century, she said. The memos are then walked around the building by someone called a "chambers aide."

Kagan said it was hard to predict what cases the court would address in the years to come, but she said she expects there will be new issues related to privacy, technology and surveillance.

"I think we're going to have to be doing a lot of thinking about that," she said.

Indeed, as CBS News' John Miller reported this week, the White House wants to rule on whether police officers have a right to search a person's cell phone when they arrest that person. Two federal courts have issued conflicting rulings on the matter.

Already, the Supreme Court has tackled technology-related issues in a number of significant cases. Earlier this year, the court threw out an attempt by U.S. citizens to challenge the expansion of a surveillance laws. Also this year, the court issued a significant ruling on patents covering self-replicating technologies like software and genetically-modified seeds. Last year, the court ruled that police need a warrant to attach a GPS device to a criminal suspect's car.

Kagan said the justices often turn to their clerks, who are much younger, to help them understand new technology.

But they also try to learn on their own. In one case involving violent video games the first year she was on the court, justices who had never played the games before dove in and gave them a try, Kagan said.

"It was kind of hilarious," she said - not divulging which games they played.

The event was part of a celebration of the 350th anniversary of Rhode Island's colonial charter and was hosted by Gov. Lincoln Chafee and sponsored by Roger Williams University School of Law.