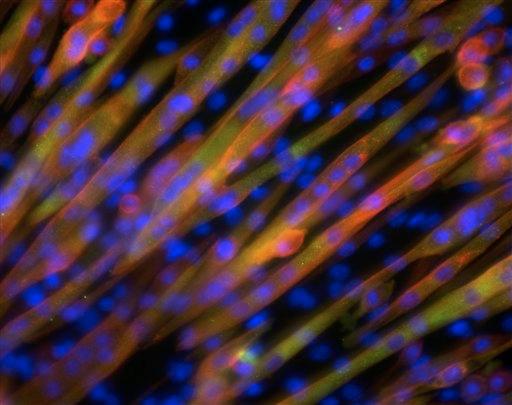 Waltuck is the executive chef and co-owner of the four-star restaurant Chanterelle, in New York City. We asked him to create a dinner on our special entertaining budget of $60 or less for six people.

Waltuck's cooking has been credited with "a kind of serious simplicity, with layers that resonate with each other." Ruth Reichl, who gave Chanterelle her first New York Times four-star rating, insists that Waltuck's sometimes odd-sounding combination of ingredients are always in perfect harmony.

Waltuck says he only became interested in cooking when he was a Marine Biology student at New York's City College in the 1970s. Upon graduation, he briefly attended The Culinary Institute of America, then worked for two years as lunch chef at La Petite Ferme.

David and his wife, Karen Waltuck, opened Chanterelle in New York City when they were both still in their early 20s, and quickly became known throughout the city for their vibrant food and understated setting. At Chantarelle, the menu changes every six weeks according to seasonal availability and variety.

Waltuck's cuisine incorporates his love for classic French cooking as well as for flavors of the Far East.

David Waltuck's menu as our Chef on a Shoestring: an appetizer of Chilled Pea and Mint Soup; an entrée of Chicken Grandmere; and for dessert, Goat Cheese and Hazelnut Cake with Caramelized Blood Oranges.

Biden goes back to school

Snow Peas: Waltuck uses snow peas, also known as "Chinese snow peas," in his chicken dish. Like the sugar snap pea, the entire pod is edible. But the snow pea is thin, crisp and almost translucent. The tiny seeds inside are tender and sweet. Snow peas are available year-round with peak seasons in the spring and fall.

Grandmere: This word means "grandmother" in French. Waltuck calls the chicken dish "chicken grandmere" to characterize it as very homey, rustic and "comforting."

Chevre Cheese: Chevre, French for goat, is a type of goat cheese. Waltuck uses it in his dessert, essentially making goat cheesecake. Some of the better known chèvres include banon, Bûcheron and Montrachet. "Pur chèvre" on the label ensures that the cheese is made entirely from goat's milk; other cheeses may contain added cow's milk. According to "The New Food Lover's Companion," chèvres can range in texture from moist and creamy to dry and semifirm. They come in a variety of shapes including cylinders, discs, cones and pyramids, and are often coated in edible ash or leaves, herbs or pepper. Store chevre tightly wrapped, in the refrigerator up to two weeks. Old chèvre takes on a sour taste and should be discarded.

Blood Oranges: Waltuck uses blood oranges in his dessert. Blood oranges were probably developed in Sicily after the orange was brought there in 1400, and they were increasingly cultivated during the 19th century. They are a sweet-tart orange with a bright red or red-streaked white flesh. Most blood oranges are best eaten fresh, but the more acidic varieties such as the Maltese work well in cooked sauces such as the hollandaise-based maltaise sauce. Choose blood oranges that are firm and heavy for their size. Blood oranges may have a full-colored blush or no blush at all. For the juiciest, sweetest fruit, look for blood oranges with a sweet, clean fragrance. Avoid oranges with blemishes and shriveled or moldy spots. Store at cool room temperature up to one week or refrigerate up to two weeks. Blood oranges are available from December to late April.

Parsnip: Waltuck uses this root vegetable, which looks much like a carrot, in his chicken dish. Parsnips are sweeter than carrots. They contain both sugar and starch, and for this reason beer and spirits are sometimes prepared from them. In the north of Ireland, they have been often brewed with malt instead of hops and fermented with yeast. When the parsnips ferment, the starch changes to sugar, resulting in a strong, sweet, unique taste. The result is a pleasant drink, and parsnip wine, when properly made, is esteemed by many people.

Heat the olive oil in a medium-sized heavy saucepot until warm, not hot. Add the leeks, onion and garlic then cook slowly, stirring occasionally until soft but not colored, about 15 minutes. Add the chicken broth and mint. Bring to a simmer and cook for 20 minutes. Allow to cool a bit, then puree in a blender in batches until smooth. Put the puree in a bowl; cover and chill in the refrigerator.

Blanch the peas and sugar snaps in a large pot of rapidly boiling, salted water for about 2-3 minutes. Add the spinach for the last minute or so. Using a colander, drain the peas, sugar snaps, and spinach; place the colander in a large bowl of ice water to "shock" the vegetables. This will immediately stop the cooking and set the color. When the vegetables are cold, puree in a blender, until as smooth as possible. Strain the puree through a fine strainer, pushing with the back of a spoon to get as much as possible through the strainer.

Add the puree to the chilled broth. Stir to combine thoroughly. Season with salt and pepper, and if desired, a squirt of lemon juice, or a pinch of sugar if the peas aren't very sweet.

To serve, pour the soup into bowls. Swirl a spoonful of heavy cream (optional) into each bowl, sprinkle with chopped mint and place a few croutons (optional) on top.

Note: If fresh peas are unavailable, use frozen peas, adding them to the boiling water with the spinach, or just running them under hot tap water.

Heat the oil in a large sauté pan (about 12 inches) that will hold all of the chicken. When the pan is hot, place the pieces of chicken in the pan. Cook over moderately high heat until well browned, for about 10 minutes at most. Turn the chicken over once during the 10 minutes. Remember this will brown the chicken, but not fully cook it. Remove from the pan and set aside on a platter.

Discard most of the chicken fat; add the bacon, reduce the heat to medium-low, and cook the bacon for 2 or 3 minutes, until the fat starts rendering. Add the garlic, carrots, potatoes, parsnips, onions, thyme, bay leaf. Stirring occasionally, cook for another five minutes until the vegetables start to brown a little.

Add the wine, raise the heat to high and cook until the wine is almost gone. Add the stock and bring to a boil. Return the chicken to the pan, cover and cook for about 15 minutes, or until chicken and vegetables are done. Uncover, swirl in the butter and reduce the pan juices, until the sauce is a nice light consistency. Season with salt if needed, pepper and a squirt of lemon juice.

Add a handful of green beans and snow peas to the dish just before serving.

Divide the chicken and the vegetables evenly among six plates.

Goat Cheese Cake:
Butter or grease a 6-inch round spring form pan. Preheat oven to 300 degrees F. In a bowl, whisk eggs with sugar and salt for 1 to 2 minutes. Add the room temperature goat cheese and whisk by hand for another minute. Make sure the goat cheese is incorporated fully into the eggs. Finally, add the crème fraiche. Whisk batter together for one minute only. Spread batter in the prepared spring form pan and bake for 30 minutes. Cake will rise slightly in the oven. Remove cake from oven and allow it to cool. Chill it for 30 minutes.

Caramelized Blood Oranges: Peel the oranges and divide them into segments as follows: First, slice the top and the bottom off each orange. Sit the orange on its bottom. Using a sharp slicing knife, carve the skin off the orange in long slow slices from top to bottom. Work your way around the orange, maintaining its round shape as you carve. When the orange is completely peeled, cut between the membranes that divide the segments. Do this over a bowl to collect any juices that drip. Set aside the orange segments on a plate. When you are done peeling and segmenting the orange, use the back of a spoon squeeze any remaining juice out of the orange's core. Set the juice aside. Repeat these steps for each blood orange.

In a heavy bottomed pot set over high heat, bring the sugar and three tablespoons of water to a boil. Cook the sugar until it caramelizes. Take care to make sure the sugar does not burn. Stand back and slowly add the blood orange juice. The caramel will bubble furiously, giving off a lot of steam. Continue to cook until the caramel dissolves and then remove from heat and allow to cool.