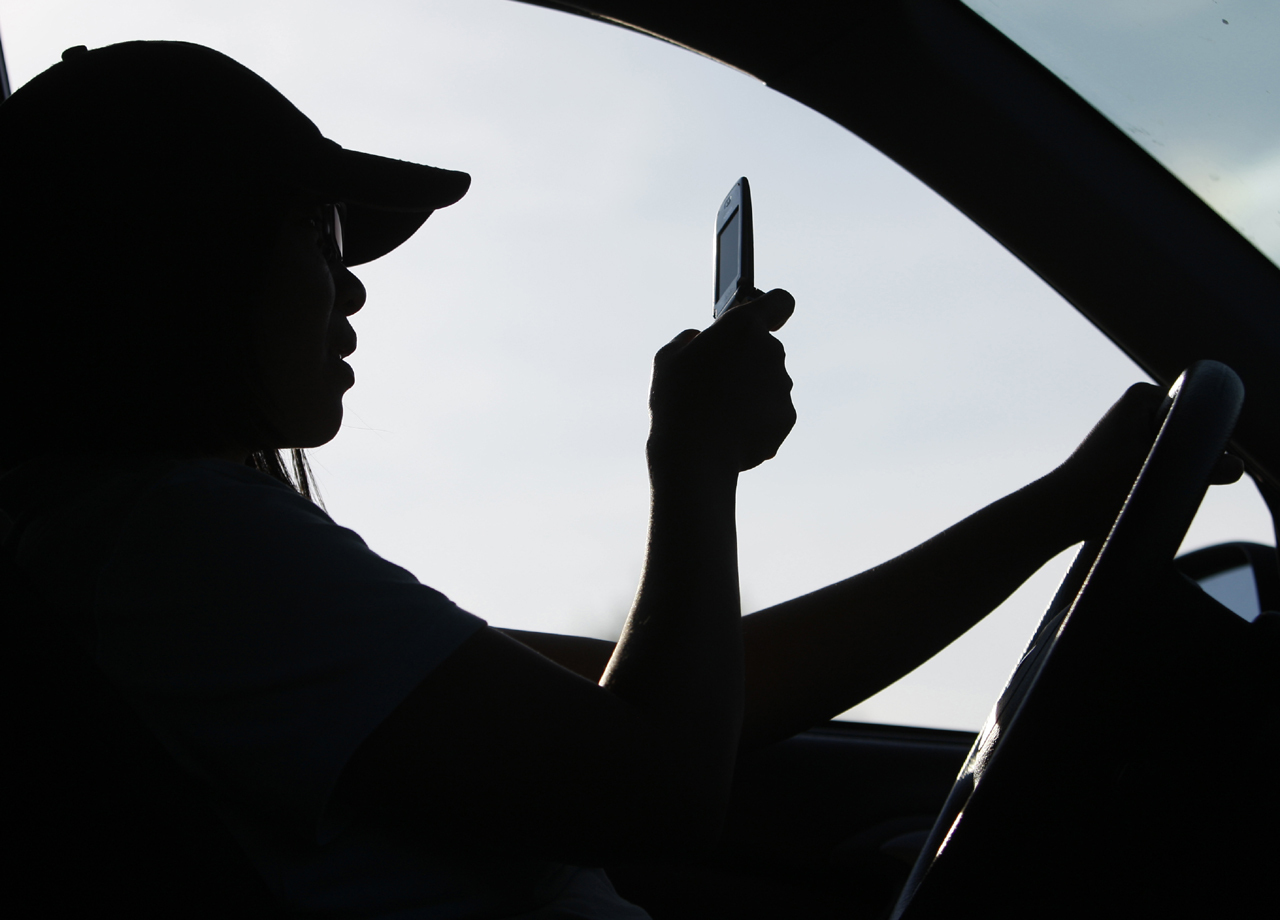 The findings, from a study of video taken of young drivers, were released Monday by the AAA Foundation for Traffic Safety.

Talking on the phone or texting while driving was the most common behavior that distracted young drivers, more so than adjusting controls, grooming, eating or drinking, or engaging in horseplay or loud conversations with passengers.

The findings are notable given that distracted driving behaviors are believed to contribute to traffic accidents, injuries and fatalities - and traffic crashes remain the leading cause of death for young Americans.

"This new study provides the best view we've had about how and when teens engage in distracted driving behaviors believed to contribute to making car crashes the leading cause of death for teenagers," said AAA Foundation President and CEO Peter Kissinger.

The study used data derived from video recordings taken inside the cars of 50 families with young drivers participating in the study, to capture drivers' behavior. Data recording was triggered by certain events - sudden braking, an abrupt turn - during unsupervised driving times. Data by older, more experienced sibling drivers was also captured, resulting in 24,085 driving clips of 52 teens taken over a six-month period.

The tendency among new drivers to adhere to prohibitions against using cell phones or texting while driving may fade after time, the study suggests. The authors call out police in North Carolina (where the video data recordings were made), writing, "There has been no concerted effort to enforce the teen driver cell phone restriction in North Carolina, which teens may realize after several months of driving." [According to court records, fewer than 50 citations were issued for violations of teen driver cell phone restriction during 2010.]

Other distracted driver behaviors included: adjusting controls; eating or drinking; personal hygiene; reading; turning around; reaching for an object; and communicating with a person outside the vehicle.

Eyes off the road

In nearly half (45 percent) of the abrupt driving events which triggered the data recording, the driver looked away from the roadway at some point within the 10 seconds preceding the event. Most did only briefly - two seconds or less - but 12 percent looked away for at least four seconds. Also, females looked away more often than males.

The reason for looking away? Drivers were three times as likely to be looking at an electronic device than anything else.

When passengers were present, loud conversations were recorded in 12.2 percent of the distracted driving clips. Horseplay was observed in 6.3 percent of clips.

Males were found to be twice as likely to turn around while driving, and more likely to communicate with people outside the vehicle.

Perhaps not surprisingly, parents or other adults present in the car corresponded with a significant reduction in distracting behaviors.

Also studied was how the distracted driving related to potentially serious events, including near-collisions or high G-force events. Just over half (52 percent) of the clips analyzed involved such serious events. While sample size precluded finding causal relationships between electronic devices or horseplay with serious events, loud conversations were six times more likely to be involved, and horseplay was a consistent factor.

There did not seem to be a relationship between the frequency of driving distractions and traffic or roadway conditions, with only a slightly lower tendency during rain conditions.

The study, Distracted Driving Among Newly Licensed Teen Drivers, was prepared by researchers at the University of North Carolina Highway Safety Research Center, and is the first study to use in-car video recordings to study teen distracted driving.