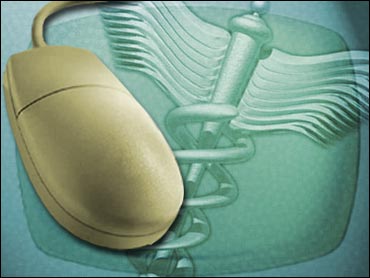 Some doctors, hospitals and pharmacies already use electronic health records, such as paperless prescriptions and software that links a patient's medical history to guidelines on how his or her disease is best treated.

But electronic medicine still isn't widely used, and most of today's computerized medical records are hospital- or pharmacy-specific. That's far from the goal of allowing instant access to, say, medical records of a patient lying unconscious in an emergency room far from home.

Yet routine use of electronic health records could help reduce the tens of thousands of deaths and injuries caused by medical mistakes every year, said the Institute of Medicine, an arm of the National Academy of Sciences. It is chartered by Congress to advise the government on medical matters.

To improve the use of electronic records, the institute recommended that the government help create data standards for the secure collection, storage and dissemination of medical information electronically.

That would form the basis for a network that would allow widespread exchange of critical health information, said the independent group, which advises the government on medical issues.

The report urges the government to model the system after the airline industry's air traffic and weather information systems.

"Pilots have instantaneous access to the data they need on weather conditions and mechanical functions to make informed decisions about navigation, delays and midcourse corrections," said report co-author Dr. Paul Tang of the Palo Alto Medical Foundation. "In health care, no such universal information system exists."

It will be expensive, the report acknowledges. Government health care programs should get the private sector to contribute by encouraging adoption of electronic standards in federal contracts.

The Department of Health and Human Services has taken some steps toward developing such standards, including a program to adopt uniform medical vocabulary.