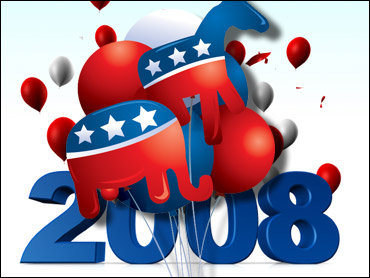 Everybody's talking about it: the election that is. I can't remember a time when at every social function, every kid's game, every time I encounter anyone I know -- politics is the thing everyone starts with.

What is Barack Obama really like? How is Hillary Clinton on the stump? What do you think of Mitt Romney? They remember I said John McCain wasn't dead six months ago -- and they thought then I was nuts. Maybe I'm not, or I just read the field right.

We'll know a little more tomorrow night, after the polls close in Florida. Romney could surprise there … just a guess. And there will be controversy anew about Hillary Clinton's fund raising stops and then victory speech Tuesday night.

The Democratic Party stripped Florida of its delegates when the state moved its primary up. The candidates said they wouldn't campaign there. But people will vote and the winner will want them to count.