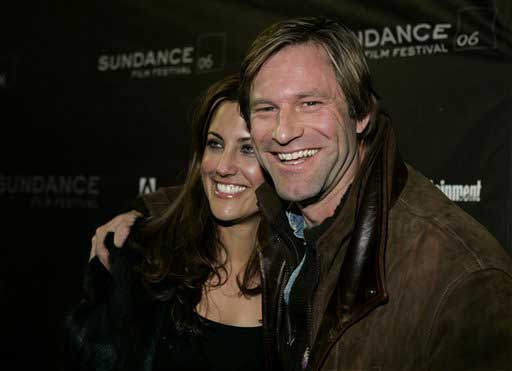 Cal Eldred is putting some distance on his season-opening problems.

"The first month of the season, I don't think I could throw the ball any better than I did," said Eldred, who began the year with a club-record six consecutive no-decisions, and then lost four of his next five starts before beating Florida on May 30.

Eldred (2-4) limited the Tigers to two runs on seven hits.

After Marquis Grissom highlighted a four-run third inning off Frank Castillo (2-4) with a two-run double, Eldred gave up a double and two walks to load the bases in the fourth.

But he got out of the inning when pinch-hitter Frank Catalanotto grounded out in a close play at first.

In the fifth, first baseman Dave Nilsson helped Eldred out with some slick fielding on sharply hit ball by Bobby Higginson that turned into a crisp double play.

"He didn't let trouble snowball him," Brewers manager Phil Garner said. "He got out of the innings quickly."

Early on it was the Brewers who were finishing things in a hurry.

Castilla struck out two in the first inning and a pair in the second. He had one gone in the third before the Brewers went ahead 4-1.

"The wheels came off in the third," he said after failing to stop the Tigers from losing their sixth straight and 10th in 12 games. "You get two quick outs in the third and the next thing you know, there are four runs on the board."

In the fourth, Fernando Vina walked and Jeff Cirillo, who had three hits and two RBI, tripled. Jeromy Burnitz walked and both scored on Grissom's double. Nilsson added a RBI single and Eldred had the run support he needed.

Al Reyes gave up Higginson's 10th home run in the seventh as Detroit pulled to 4-3, but Vina got the run back for Milwaukee with an RBI bunt single in the bottom of the inning.

For Vina, his RBI was a chance to vindicate two mistakes.

In the top of the seventh, he failed to catch a high foul popup down the first baseline by Higginson. Two pitches later, Higginson homered. Then, in the bottom of the inning, Vina got picked off first.

"Tonight, we had a total team effort," said Grissom, who also had an RBI double in the eighth.

Mark Loretta followed with a sacrifice fly that made it 7-3 and reliever Bob Wickman pitched two scoreless innings for his third save.

Joe Oliver, Eldred's former batterymate in 1995, went 2-for-3 with a walk and a pair of run-scoring singles.

"He's laughing because he used everything except the solid part of the bat," Eldred said of Oliver's hitting. "That's Joe. That'good hitting."

Notes: Six of Castillo's eight starts have been on the road. ... Detroit's Brian Hunter made the first out in the first, third, fifth and seventh innings. ... Detroit's Tim Worrell pitched two innings of hitless relief and struck out five. ... The Brewers struck out 11 times, a season-high for the Tigers. ... Jose Valentin's double in the seventh was just the Milwaukee shortstop's fourth hit in his last 19 at-bats.