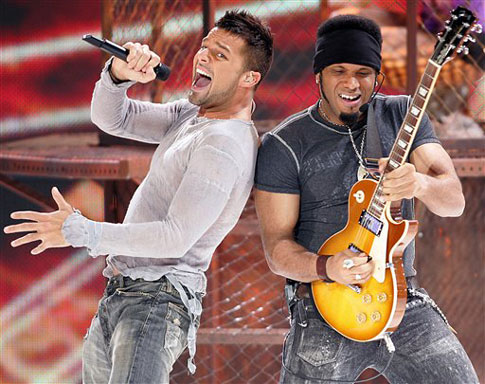 New Yorkers are known for eating out a lot, but Pearl Nolan takes all her meals at home in her East Village apartment. That's because Pearl is 84, lives alone, and can't get around like she used to. Because she lacks the mobility to do her own grocery shopping, Pearl, like nearly a million homebound elders in America, relies on government-funded, home-delivered meals for survival.

Pearl doesn't like to think what would happen to her without her "meals on wheels." "Well I guess I'd starve to death. I can't go out. I'm homebound, I'm sick. I've got glaucoma in one eye, and cataracts in the other eye, and I've got high blood pressure, so, you figure it out," she says.

Pearls meals are funded in part by the nationwide Elderly Nutrition Program (ENP), a project of the Administration on Aging at the U.S. Department of Health and Human Services (HHS). The ENP provides nearly a quarter of a billion meals yearly, each containing at least one-third of the recommended dietary allowance.

The volunteers who bring Pearl food also bring her contact with the outside world. They help break the isolation that plagues the housebound elderly, and in many cases are the first to notice when something goes wrong.

Jeanette Takamura, the Assistant Secretary for Aging at HHS agrees that home delivery of meals provides more than just nutrition for America's home-bound seniors: "As people get older what they find is that their fixed incomes actually purchase less ... they will give up a meal to buy medication or even worse they will give up medication in order to eat. Our nutrition program does more than just give people a meal. It really has to do with survival and food security."

The Elder Nutrition Program is just one of many programs funded by the Administration on Aging (AoA). Created by the Older Americans Act of 1965, the AoA is the national advocacy agency for the 44 million Americans over age 60. With a budget of $871 million for fiscal year 1998, the AoA administers programs geared to provide assistance to older persons and their caregivers, including education, legal assistance, fraud and abuse prevention, transportation, home healthcare, and of course nutrition. But nutrition programs still account for more than half of the AoA, and as baby-boomers continue to swell the ranks of older Americans, the demand for services will only increase.

Yet despite the growing need for its services, AoA's continued survival is tenuous. The Older Americans Act of 1965 has not been reauthorized since 1992, and expired officially in September of 1995. Vital programs for the elderly survive on a year-toyear basis through continuing resolutions in Congress. The delay involves a partisan struggle over the legal formula included to insure access for low-income minorities.

Herbert Stupp is Commissioner of the New York City Department for the Aging, which combines federal, state and municipal funds to administer local programs for the elderly. Despite the uncertainty of the OAA's future, Commissioner Stupp says, "I would rather see it just be extended without reauthorization until we can resolve the formula fight."

The Commissioner explains why he prefers an Older Americans Act that retains income and minority criteria to target AoA funding: "If you shifted the formula just on the basis of where seniors are, where people 60-plus are, you'd be transferring resources from an 89-year-old lady who can't get out, lives in a walk-up in Manhattan, needs home-delivered meals and is low-income, and sending resources to a guy who is 61, maybe moved from New Jersey, bought a condo along a golf course and is not low-income and doesn't need the services."

Meanwhile, back on East 13th Street, Pearl is still waiting for a knock on the door.