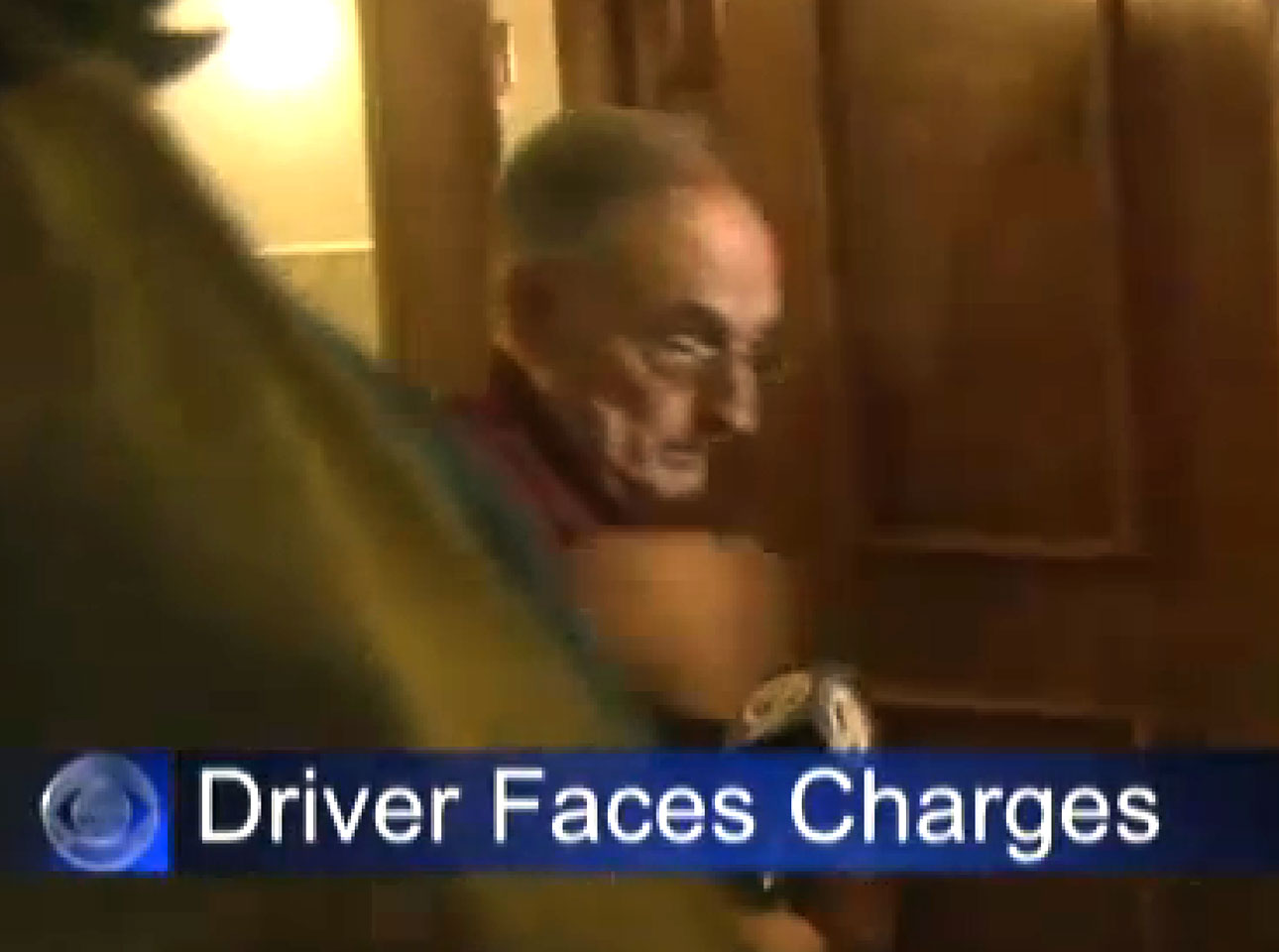 (CBS News) MALDEN, Mass. - An elderly man accused of hitting and running over a motorcyclist several times in Melrose, Mass., is free on $300 bail.

CBS Boston affiliate WBZ-TV reports that 76-year-old Eugene Ledonne pleaded not guilty Tuesday to charges of assault with a deadly weapon - his car - and leaving the scene of an accident.

Ledonne is accused of hitting the motorcyclist at a red light Sunday morning, knocking him off his bicycle, according to court documents. Witnesses told police Ledonne drove over the victim, backed up and drove over him again.

Court documents say Ledonne allegedly got out of his car, said "I'm sorry" and fled the scene.

The motorcyclist was taken to the hospital with serious injuries, according to WBZ-TV.

Ledonne was set free Tuesday after posting bail. He's not allowed to drive or talk to the victim and is due back in court September 26.