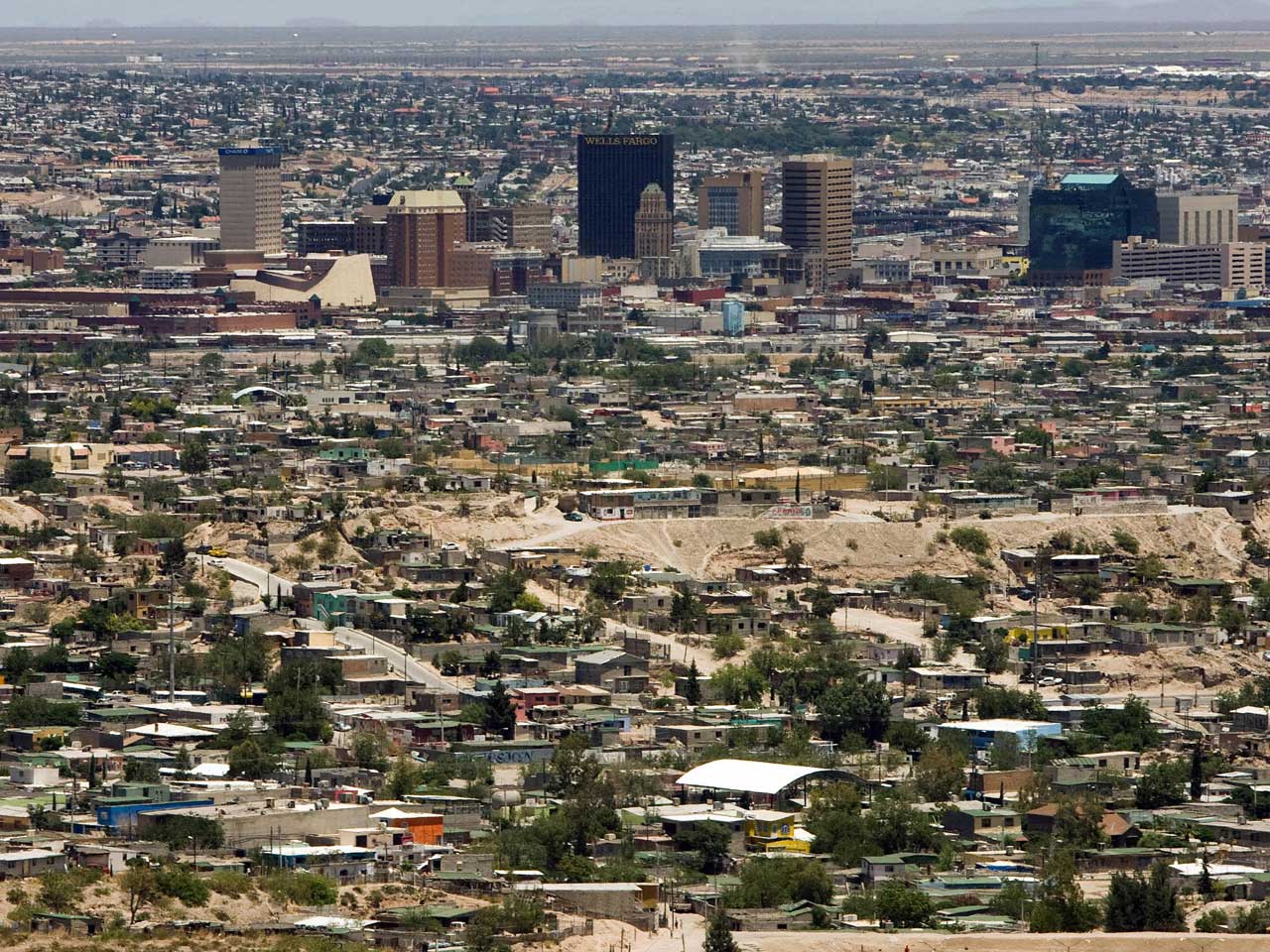 EL PASO, Texas - A woman shopping on a busy downtown El Paso street became the first victim of bullets flying across the border from Ciudad Juarez, Mexico, on Tuesday when she was hit in the calf and wounded, authorities said.

The 48-year-old woman, whose name has not been released, was pushing a stroller when she was struck. Gregg Allen, El Paso's chief of police, said the wound was caused by a "full metal jacket hard-nosed bullet" like those used in assault rifles.

Because of that, he said, the projectile caused a clean exit wound. The victim was taken to a nearby hospital, where she was treated and released.

El Paso Mayor John Cook asked residents to remain calm, saying there is "no way to prevent incidents like this from happening" and the odds of getting hit by a stray bullet are minimal.

Many people who were in the area at first didn't realize what had happened.

"We didn't hear anything. The first thing we heard was the firemen coming, but we didn't know what was happening," said Luis Gomez, a pedestrian who was shopping in the same area where the woman was hit.

She was struck at the same time Juarez police were battling alleged carjackers a few hundred feet from the U.S. border. Allen said reports indicate up to 50 shots were fired in that gunfight.

Police notified the public school district about the shooting and three El Paso schools were put on lockdown.

The bullet was sent to the Texas Department of Public Safety for ballistic analysis, but Allen said it is unlikely the owner of the gun will be found.

Since drug-related violence in Juarez spiked in 2008, bullets have struck El Paso buildings, including a local high school, City Hall and the University of Texas at El Paso. However, this is the first time a person has been hit.

Juarez and El Paso share a large metropolitan area. Their downtown areas are separated by the Rio Grande and the border fence. While El Paso has been dubbed one of the safest cities in the U.S., Juarez's homicide rate put it among the most dangerous cities in the hemisphere.