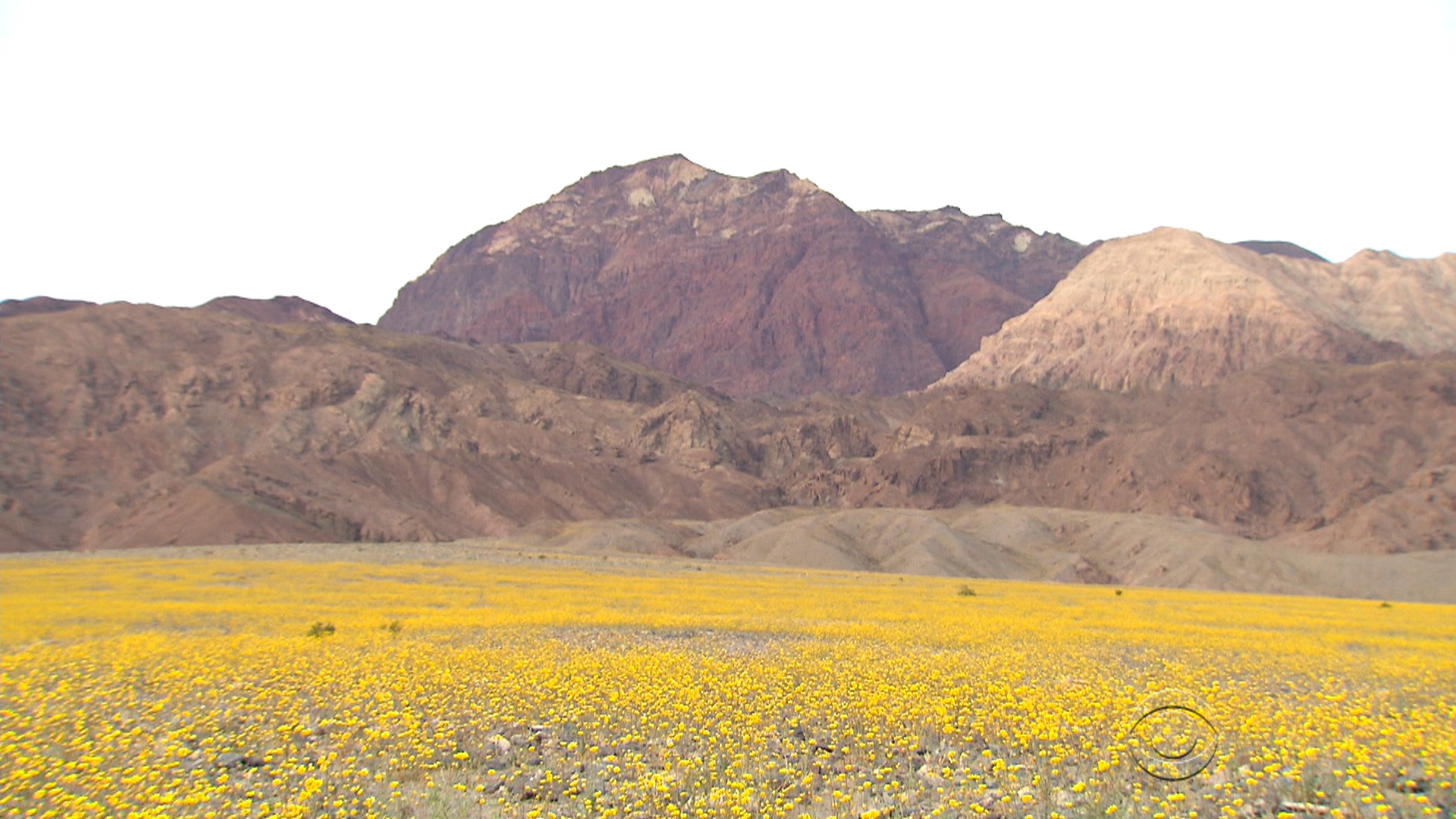 DEATH VALLEY, Calif. - A place where usually next to nothing grows is now in full bloom.

It is one of the hottest, driest, most unforgiving places on earth, but El Nino has made Death Valley come alive.

Abby Wines has been a ranger at Death Valley National Park for 11 years. It's been that long since wildflowers bloomed like this.

"It's amazing to me that anything lives here," Wines said. "And then to have this display of beauty all at once is really a pleasure to experience."

Death Valley normally gets less than two inches of rainfall a year. But in October, three-and-a-half inches fell in just five hours -- wiping out roads and heavily damaging some buildings at Scotty's Castle, one of the park's best-known landmarks.

Nature destroyed -- then nature gave back.

Flowers began springing up in January, a few at a time, until they blanketed entire fields, turning this brown desert into a sea of yellow, purple and white.

"The reason I like the gravel ghost so much is the stalk is so slender and it's rock-colored, so it blends in," Wines described. "So they look like spirits or spots of light, floating in the air."

More than a dozen varieties of wildflowers are now painting the park, but the biggest show is the desert gold poppy.

"I'm so lucky to get to work here and live here! It's a beautiful, magical place," Wines said. "I don't know if I'm lucky when it's 129 degrees at the end of July, but I'll take that for the rest of the year!"

It was a reward seldom seen during the state's relentless drought. But thanks to El Nino, for a brief few weeks -- until the brutal heat returns -- this harsh desert is a paradise.