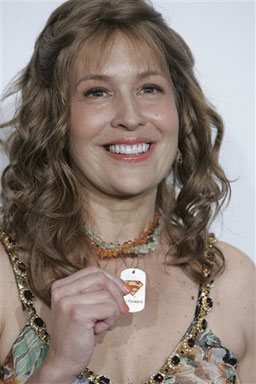 Those who were planning to wish New York Yankees pitcher Orlando Hernandez a happy 30th birthday this week may be too late by four years.

Hernandez, whose nickname is "El Duque," has said he was born on Oct. 11, 1969. But court documents filed in Havana in connection to his divorce say he was born in 1965, New York magazine reports in its Oct. 18 issue, on newsstands Monday.

That would mean Hernandez turns 34 Monday.

The divorce decree was filed in February 1997. A copy of the decree and an English translation recently came to light as part of a child-support case brought by Hernandez's ex-wife, Norma. The couple's 7 1/2-year marriage ended 10 months before Hernandez fled Cuba in December 1997.

Hernandez has acknowledged the legitimacy of the decree in court papers filed in Miami.

He was 17-9 with a 4.12 ERA this season with the Yankees, and was the winning pitcher last Tuesday against the Texas Rangers in the opening game of the playoffs.

Gymnast's Dad Must Stay Away