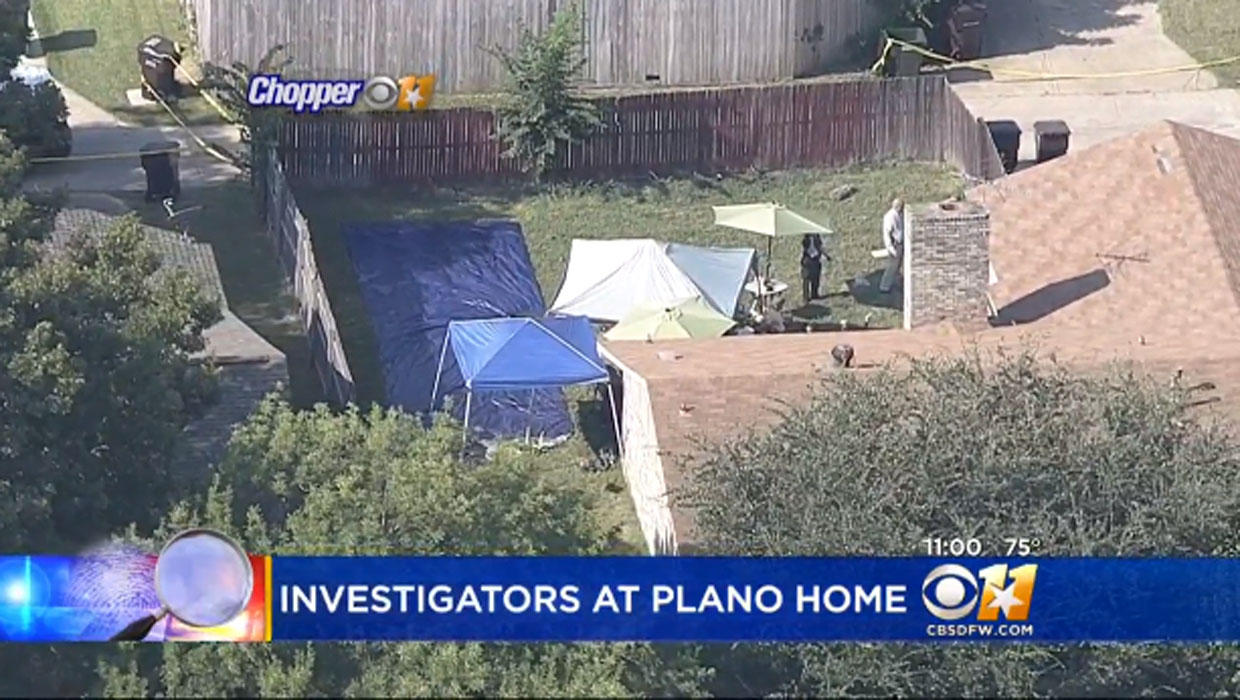 PLANO, Texas -- Police say one of the people hospitalized after a

Sunday night has died, bringing the total killed to nine, including the suspect, who was fatally shot by police.

Plano police Chief Gregory W. Rushin said Monday afternoon that one of the two people who initially survived the shooting had died. An officer responding to a report of shots fired at about 8 p.m. Sunday confronted the suspected shooter and opened fire, killing the suspect. Police then found the nine gunshot victims – seven were dead, some in the home and some in the backyard.

The victims had gathered at the home for a cookout and had planned to watch football, Rushin said.

"When something like this occurs, you can't wait – you have to go in because seconds matter," Rushin said.

Police have not yet confirmed the identities of those killed or of the suspect. Rushin did say that the suspect "was known by people in the residence," but released few details about the relationship between the shooter and the victims.

All of those killed and injured were believed to be adults in their 20s and 30s, Rushin said.

"She was a cook, and a quite fine one, and she loved hosting friends and families," Debbie Lane said.

Neighbor Stacey Glover told The Dallas Morning News that the party had started early in the afternoon and that she had seen people laughing and grilling outside. She says she then heard the shots around 8 p.m. She opened her door and smelled gunpowder. She heard police who arrived yell "hands up" before more shots rang out.

Police have not determined a motive for the shooting.

Plano Police spokesman David Tilley said authorities were still investigating many aspects of the case, including the relationships between those at the home. He also did not know the total number of people who had attended the gathering.

Tilley said the Texas Rangers are investigating the officer-involved shooting and are helping Plano police with the homicide investigation as well.

Rushin described Plano as "one of the safest cities in the country" and said the shooting was unprecedented.