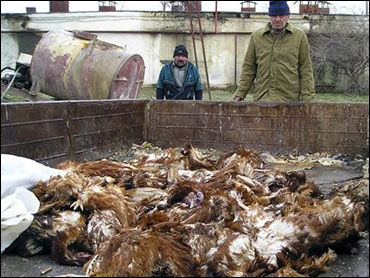 One minute he was tied for the lead, the next he was three strokes ahead.

The U.S. Senior Open turned that fast for Dave Eichelberger.

The sudden turn enabled Eichelberger, playing with little flash or emotion, to emerge from a tight five-man race on the back nine Sunday and win his first U.S. Senior Open.

"After I finished, I was kind of in a state of shock," Eichelberger said after his first victory in two years. "I was shaking there for a while, but I got over it."

Despite landing in three bunkers, Eichelberger scrambled for a 4-under-par 68, his best round of the tournament. He finished at 7-under-par 281 at the Des Moines Golf and Country Club, where massive crowds gathered each day to watch the first major tournament ever played in Iowa.

The victory was worth $315,000 for Eichelberger, whose best finish this year had been second at the Las Vegas Classic. His last victory had come in the 1997 Transamerica.

Crowd favorite Ed Dougherty, the leader through the first three rounds, closed with a 72 to finish second at 4-under. Defending champion Hale Irwin, Gil Morgan and Joe Inman all finished 2-under.

The championship turned when Eichelberger gained three strokes on one hole. Tied with Dougherty for the lead at 7-under, Eichelberger birdied the par-5 15th while Dougherty double-bogeyed No. 14, a par 3.

Dougherty got into trouble when his 7-iron tee shot hit the front of the green and rolled off to the fringe. His chip left him 15 feet short and he 3-putted, his bogey putt from 2 feet spinning completely around the cup before coming to rest 2 inches away.

On the 15th, Eichelberger's second shot with a 3-wood hit to the right of the flag and rolled to the edge of the green. He chipped to within 3 feet and sank the easy putt to go 8-under and take command.

"I hit the best 3-wood I've ever hit in my life," Eichelberger said. "It was the solidest, absolutely perfect. I don't think I could ever hit one better ever again."

After he putted out, "I kind of felt like it was my tournament to win at that point," he said.

From then on, Eichelberger just had to avoid a major mistae, and he did. He hit into a bunker on the 17th but wasn't hurt by the bogey because Dougherty also bogeyed the hole.

Dougherty, who has yet to win on the Senior Tour, became a popular figure during the tournament. His candid, self-deprecating manner made him a hit with the media and his construction worker appearance -- burly forearms and barrel chest -- gave him the everyman look with which fans could identify.

He started out strong Sunday and was in good shape when a birdie on No. 11 put him 7-under, one stroke ahead of Eichelberger. Eichelberger pulled even with a 4-foot birdie putt on No. 12. Three holes later, he was in front for good.

Midway through the round, only two strokes separated the top five: Dougherty, Eichelberger, Irwin, Morgan and Bruce Summerhays. But all faltered down the stretch, leaving Eichelberger alone to collect the first-place check.

Irwin, seeking to become the third repeat champion in the Senior Open, was done in by mediocre putting and a lousy drive on No. 10.

Two strokes off the lead, Irwin pulled his drive onto the bank of a creek on the 374-yard, par-4, sailed his approach over the green, then knocked his next shot 20 feet past the pin and ended up with a bogey.

Though he birdied the 11th after a nice shot out of a bunker, Irwin never again challenged for the lead and paid the price for his putting woes. Irwin missed five makable putts for birdie, including a 6-footer on the sixth hole and a 4-footer on No. 7.

"I was my own worst enemy," Irwin said. "My concentration and focus was just not sharp. The middle holes just doomed me."

Summerhays, who was 4-under after 10 holes, fell out of contention when he pulled his drive into the water on No. 11 and three-putted for a triple bogey. He finished even-par for the tournament, one stroke behind Tom Wargo.

Morgan dropped off when he bogeyed three of the last six holes after beginning that stretch at 6-under.