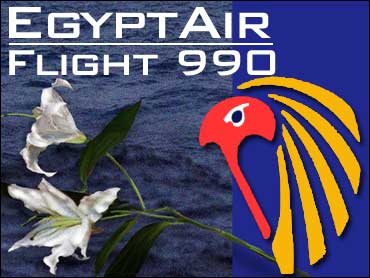 A top Egyptian investigator said Friday his country would reject any suggestion a co-pilot was responsible for the crash of an EgyptAir jet into the Atlantic more than two years ago, and the nephew of the co-pilot said there was no proof his uncle was responsible.

All 217 people aboard Flight 990 from New York to Cairo died in the crash.

"We reject any suggestion placing responsibility on Batouty. These suggestions would show the failure of the committee to arrive at the cause of the accident," Egyptian chief investigator Mohsen Missiry said.

But Missiry added that Egypt would be content with a final report that included both the Egyptian and U.S. perspectives on the crash. The report is expected to be released by the National Transportation Safety Board in the next few days.

Walid El-Batouty, the co-pilot's nephew and a spokesman for the families of the Egyptian victims, challenged the United States to prove his uncle crashed the plane.

"The American side has not any proof apart from the claim that the co-pilot had said a prayer over and over again before the crash," the nephew told The Associated Press.

"At the beginning, they tried to imply that my uncle was a Muslim fundamentalist, now they are claiming that he had (committed) sexual misconduct," El-Batouty added.

A former EgyptAir captain, Hanafy Taha Mahmoud Hamdy, reportedly said Flight 990's co-pilot crashed the plane as an act of revenge after being reprimanded for sexual misconduct by an EgyptAir executive, according to the Los Angeles Times.

The report quoted Taha as saying Hatem Rushdy, chief of the Boeing 767 pilot group who was among 90 Egyptian passengers on the doomed New York-to-Cairo flight, had reprimanded El-Batouty.

Sources in the United States who asked not to be named said board members had wrestled over whether to conclude that Batouty acted deliberately, and apparently left that language out of the report.

They included findings of Egyptian investigators as a counterweight that suggested mechanical problems were to blame.

EgyptAir and Egyptian investigators have steadfastly rejected the idea that a crew member would have brought the plane down. They have pressed U.S. investigators on possible mechanical problems, particularly with the 767's flight-control system.

But U.S. investigators concluded there were no safety or mechanical issues with the aircraft that were related to the crash, two sources said.

The cockpit voice recorder, retrieved after the crash, showed that Batouty was alone in the cockpit when the plane began its fatal plunge into the ocean, and that he repeatedly uttered in Arabic the words, "I rely on God," as the plane rapidly descended.

The voice recorder also revealed that the pilot said "Pull with me!" several times in what was believed to be a desperate attempt to get the plane under control.

Early on, U.S. officials suggested that El-Batouty had deliberately downed the plane to commit suicide.

Egyptian officials have consistently rejected the theory, saying the crash was caused by a mechanical problem in the plane's tail. Boeing has said it found nothing wrong with the plane.

The last contact with the plane was about three minutes before the crash, a routine transmission on air traffic procedures. A spokesman for EgyptAir had no comment on the board's final conclusions.