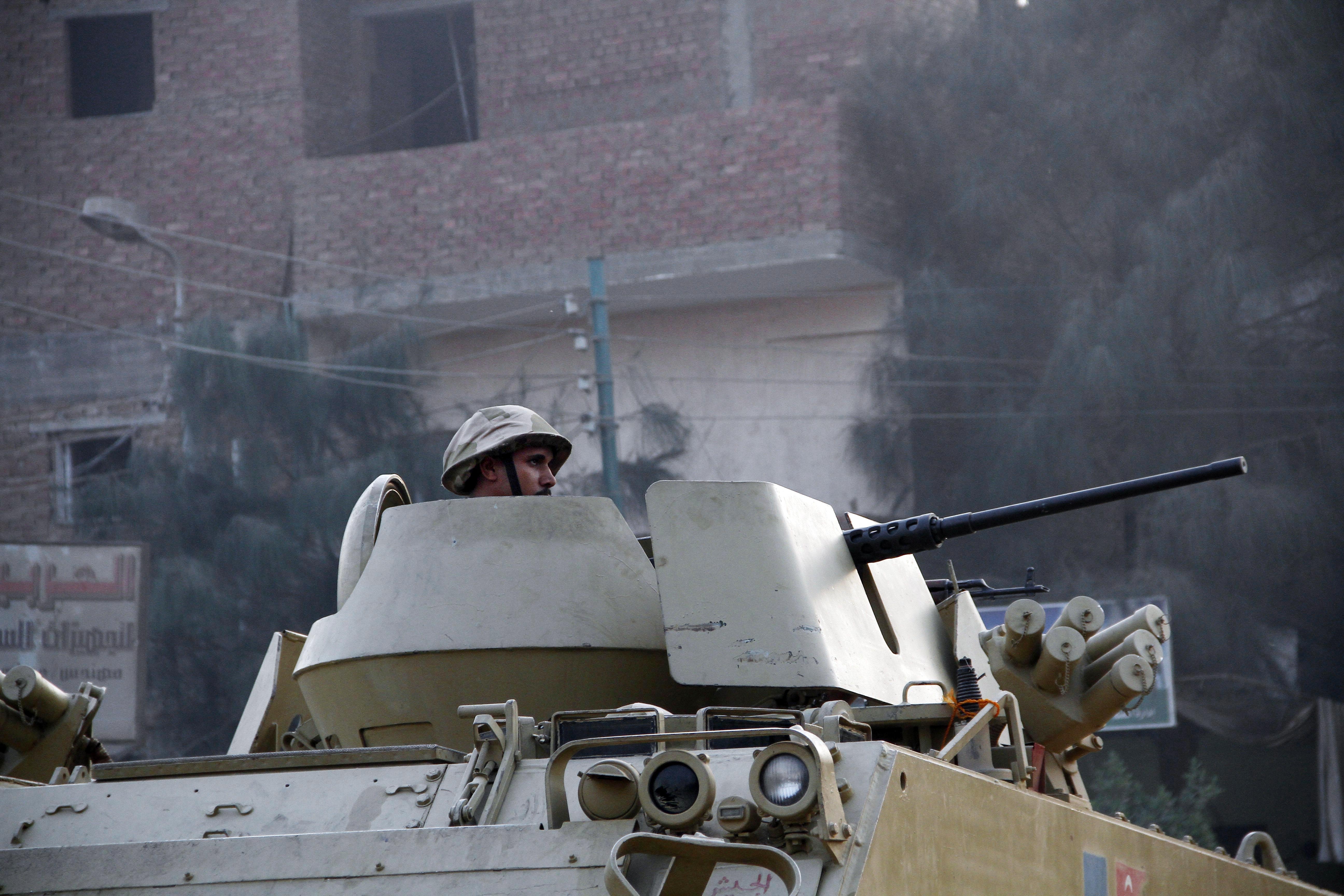 KERDASA, Egypt Egyptian security forces backed by armored fighting vehicles and helicopters stormed a tourist town near the Great Pyramids that became an Islamist stronghold on Thursday, the latest in a stepped up campaign by the military-backed government to put down armed supporters of the ousted president.

As they moved into Kerdasa at around 6 a.m., the troops and policemen came under barrages of fire from gunmen on rooftops. Militants took control of the town just outside Cairo more than a month ago amid a nationwide backlash of violence by Islamists enraged by the military coup that removed President Mohammed Morsi and by a crackdown against his supporters that followed.

A police general fell in the first moments of the battle. Gen. Nabil Farrag had just given a pep talk to his men on the street, preparing them to roll into the town, when they came under a hail of gunfire, according to an Associated Press video journalist and a photographer working with AP.

Army soldiers and policemen ducked for cover behind armored vehicles and behind walls. Farrag fell with a bullet wound in his right side, getting past the body armor he was wearing. He lay in the street for nearly 15 minutes, blood soaking through his white uniform, until his men could reach him and carry him into a sedan to take to a hospital.

The Interior Ministry, which is in charge of the police, later announced Farrag's death.

The assault on Kerdasa underlined a stepped-up resolve by the military-backed government to suppress strongholds of Morsi supporters, Mohammed Morsi.

Earlier this week, a large army-police force stormed Dalga, a town in southern Egypt, to break the hold of Islamic militants who took control there after the military toppled Morsi on July 3.

Kerdasa, once a village in an agricultural area west of Cairo that swelled into a densely populated town, carries more strategic importance than Dalga.

It is short drive from Cairo's center and is about 3 miles (5 kilometers) from the Pyramids of Giza, Egypt's primary tourist attraction. Kerdasa itself was a popular stop on tourist itineraries because of its shops selling traditional carpets and clothes.

Armed Morsi supporters drove police out of the town in mid-August, when a mob of Islamists attacked the local police station, killed 15 policemen and mutilated their bodies, dragging some by cars, scalping at least one and pouring acid on another.

It was part of a wave of retaliatory violence after security forces cracked down on the main pro-Morsi protest camps in Cairo with heavy assaults that killed hundreds.

Authorities named more than 140 people suspected of involvement in the police killings, including several members of Gamaa Islamiya, a hard-line group that waged an armed insurgency in the 1990s. The group later renounced violence and was a strong Morsi ally before and during his year in office.

Interior Ministry spokesman Gen. Hani Abdel-Latif said police plan to besiege the town along with the army, which would then deploy special forces to round up armed men.

"There will be no retreat until it is cleansed of all terrorist and criminal hideouts," he said in a statement.

The quick succession of the two major raids against Kerdasa and Dalga point to a new push by authorities to restore law and order throughout a country roiled by unrest and violence since the 2011 ouster of longtime autocrat Hosni Mubarak.

More than a 1,000 people have died in political violence since June 30 when millions of Egyptians took to the streets to demand the ouster of Morsi. Since the July 3 coup that removed him, Morsi has been detained at an undisclosed location.

In a sign security may finally be showing some improvement, state television on Thursday said the nighttime curfew slapped on the country since mid-August will be reduced by one hour effective Saturday to start at midnight and be lifted at 5 a.m. The curfew on Friday will continue to start at 7 p.m. but will also end at 5 a.m.