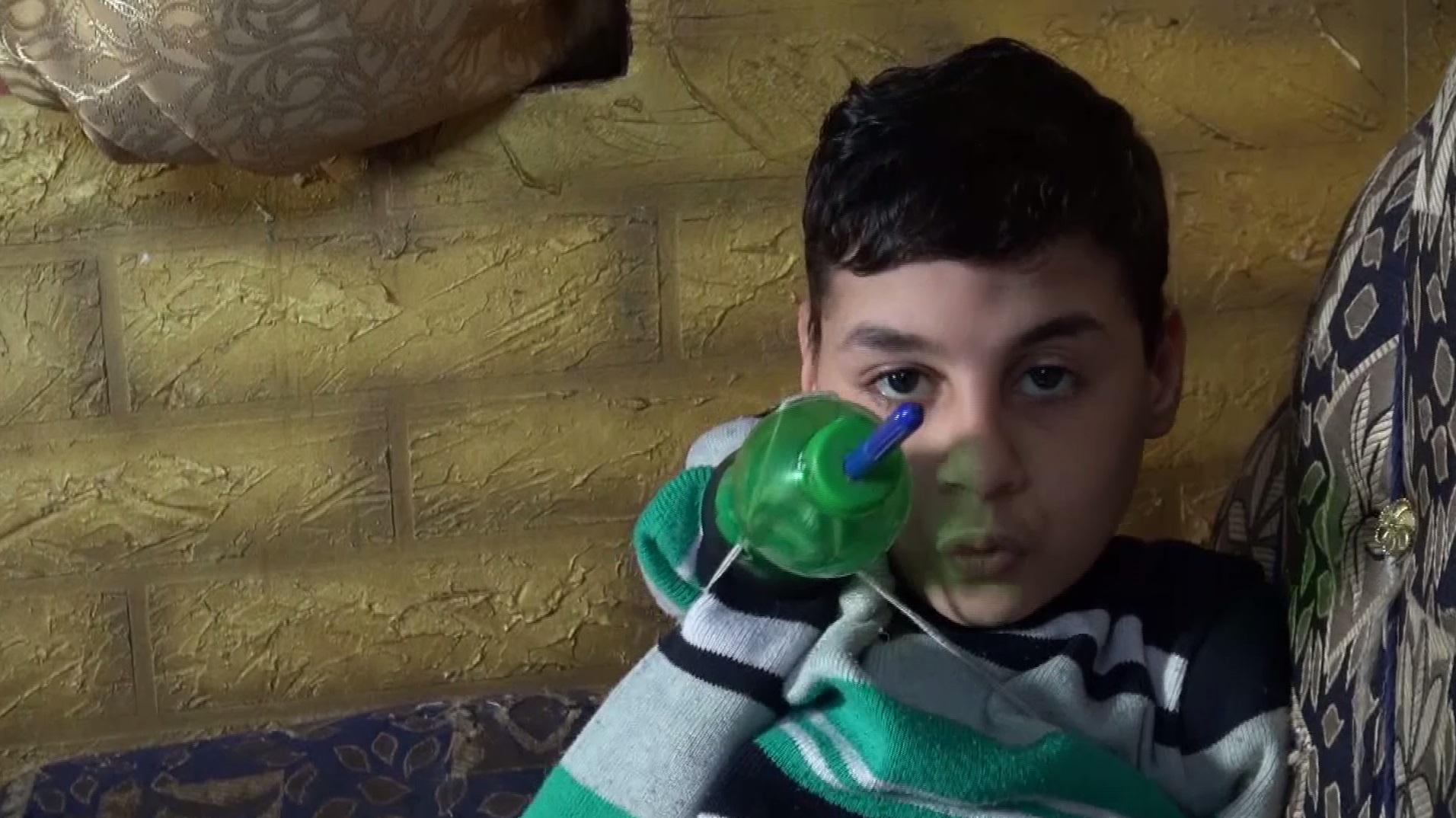 Ziad Mohammed’s parents didn’t know until he was born about the medical condition that had already robbed him of his arms and legs.

In his 11 years, Ziad has adapted impressively to his circumstances. Using the short stumps he does have, he’s learned to get around his family’s home, and even to feed himself.

But as he reached school age, his disability started to hit hard. The only school that agreed to take him was for mute children, and his father declined the offer.

Ziad just wants to be a normal little boy.

UPDATE, March 28, 2017: Upon seeing Ziad Mohammed’s story, a CBS News viewer launched a Gofundme.com fundraising page to try and get Ziad set up with some new 3D-printed prosthetics. The fundraising effort is working in conjunction with the global volunteer organization e-NABLE, and hopes to raise $2,000 to help Ziad, and others like him. The original story follows.

Ziad’s dad just wants his son to be happy, but without the thousands of dollars they need for prosthetics, he was at a loss.

“There are lots of things that I feel helpless about regarding Ziad,” his father said. “So God inspired me and I brought a bottle, cut it, and made some holes in it for the pen and the spoon. I made it and we attached a pen to it. Ten minutes later, Ziad started learning how to write and eat with it.”

“Something that is very small made a child happy, brought him back to life,” his father said. “He started to move around with his brothers, eat, drink and write.”

Mohamed knows his son’s bottle prosthetic isn’t as good as the real thing, and he’s in touch with a German company that makes artificial limbs in hopes that, one day, Ziad can get an upgrade.

For now though, “it made Ziad happy. We were happy with the idea, it’s a gift from God.”

It’s clear the bottle with an elastic band and a few holes in it has given Ziad new hope.

He was shy when we first met him, but soon started to play and fight with his siblings -- and they better watch out.

If he gets new arms, Ziad says the first thing he’ll do is “beat up my brothers.”