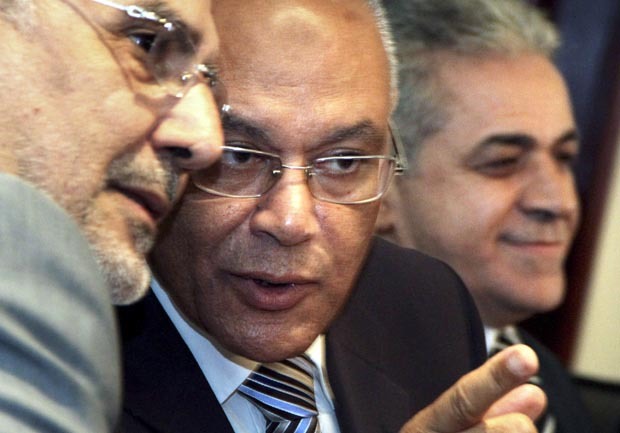 CAIRO - Egypt has set May 23-24 for the first presidential election since Hosni Mubarak's ouster last year, an official said Wednesday, and the nation's new president is to be named June 21.

Egypt's ruling military has pledged to turn over power to a civilian government after a new president is chosen, but it has not set a date for the transfer. The military has come under stiff criticism from reformers for its handling of the transition period, scarred by frequent violent protests and continued economic malaise.

The head of Election Commission, Farouk Sultan, told a nationally televised news conference that a 21-day presidential election campaign period would begin April 30, more than a month after candidates can submit their applications for the race.

Sultan said if necessary, a runoff election would take place on June 16-17. If no candidate wins 50 percent of the vote in the first round in May, the top two finishers would face each other in a runoff.

Mubarak was forced to step down a year ago after an 18-day popular uprising that brought hundreds of thousands into the streets. Egypt's military took over from him, at first pledging to return to the barracks after a civilian government was chosen within six months.

The transitional period has stretched to a year and a half, partially because reformers wanted more time to prepare for elections, but also sparking uncertainty and concerns that Egypt might be moving from Mubarak's authoritarian rule to a military dictatorship.

Leaders of the uprising have charged that the military is employing the harsh, repressive tactics of the Mubarak regime against them. Scores have been killed in anti-military street protests and clashes over the past year, and the military is accused of torturing detainees and putting at least 10,000 civilians on trial before military tribunals.

So far there have been elections for the two houses of parliament, both dominated by the Muslim Brotherhood's party. The parliament's main task is to appoint a 100-member commission to draw up a new constitution for Egypt.

Election of a new president would complete the process and force the military either to hand over power to the new government or retain control in defiance of the process.

Last week, Mubarak turned down a chance to address the court in the last session before the verdict in the seven-month trial in which he faces the death penalty.

Mubarak, who ran Egypt for 30 years, is accused of complicity in the killing of protesters during the uprising that pushed him from power in February of last year.

The chief judge in the case announced that Mubarak's verdict and sentencing is set for June 2.