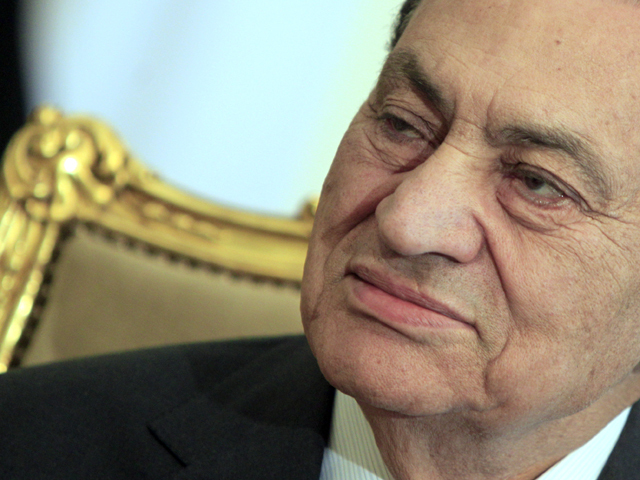 The denial, issued late Tuesday, followed unconfirmed reports that Mubarak would be pardoned in return for an apology to the nation for any wrongdoing and would also hand over his assets. The reports claimed the ousted leader would release an audio recording appealing for amnesty.

The statement by the Supreme Council of the Armed Forces said the country's judiciary has the sole authority in Mubarak's case.

The media reports sparked a wave of criticism and prompted calls for a "Friday to Reject the apology," rally in Tahrir Square. Several youth groups warned that granting amnesty to Mubarak would spark a new revolution in Egypt.

Calls also spread on Facebook and Twitter for rallies on May 27 under the banner, "I have not felt the change, I am going back to Tahrir," referring to the central Cairo square that was the center of the protests that brought down Mubarak. They reflected disappointment with the way the military council, which took over from Mubarak, is running the country.

Mubarak stepped down on Feb. 11 and transferred power to the council after 18 days of a popular uprising. He has been in custody in a hospital since last month over allegations of killings of protesters and corruption.

Mubarak's 70-year-old wife, Suzanne, was released on Tuesday after she relinquished assets and property valued at some $4 million. The move aimed to settle corruption allegations against her, but it was unclear whether she still faces trial.

Mrs. Mubarak was hospitalized over the weekend after she fainted and complained of chest pains during interrogation. She had been expected to be transferred to a women's prison after medical treatment.

Anti-corruption prosecutors have claimed that Mubarak's wife has millions in bank accounts in Egypt and owns a villa where she and her husband lived. It is not clear how much money the Mubaraks may have abroad. Some estimates range into the tens of billions of dollars.

Many Egyptians have criticized the ruling military council for being reluctant to restore security while cracking down violently on peaceful protests and sending thousands of civilians to be tried by military courts.

Most recently, a 17-year-old youth was sentenced to death by a military tribunal on charges of kidnapping and sexual assault of a young woman. The sentence was condemned by the Egyptian Initiative for Personal Rights, which called it "deeply troubling" and called for it to be overturned.

Meanwhile, Egypt's largest Islamist group, the Muslim Brotherhood, announced it had officially applied for political party status. The party will be active starting June 17 unless the Committee for Political Parties issues an objection.

A top party official, Mohammed el-Katatni, noted that 978 women and 93 Christians are now among the party's founders — an apparent attempt to show the group's moderate stance following previous assertions that women and Christians are not eligible to run for the presidency because that would violate Islamic Sharia law.

"The presence of Christians among the party founders gives practical evidence that the Muslim Brotherhood is meeting its promises and that Christians are brothers and the nation's partners," it said in a statement.

The once outlawed Muslim Brotherhood said last month that it would contest half the seats in Egypt's parliamentary elections in September, sparking fears among secular political forces of a parliament dominated by Islamists.

The group is well positioned to win big in September. Having survived years of attempts by Mubarak's regime to suppress it, the Brotherhood is the country's best organized political force now that the ex-president's ruling party has been disbanded.