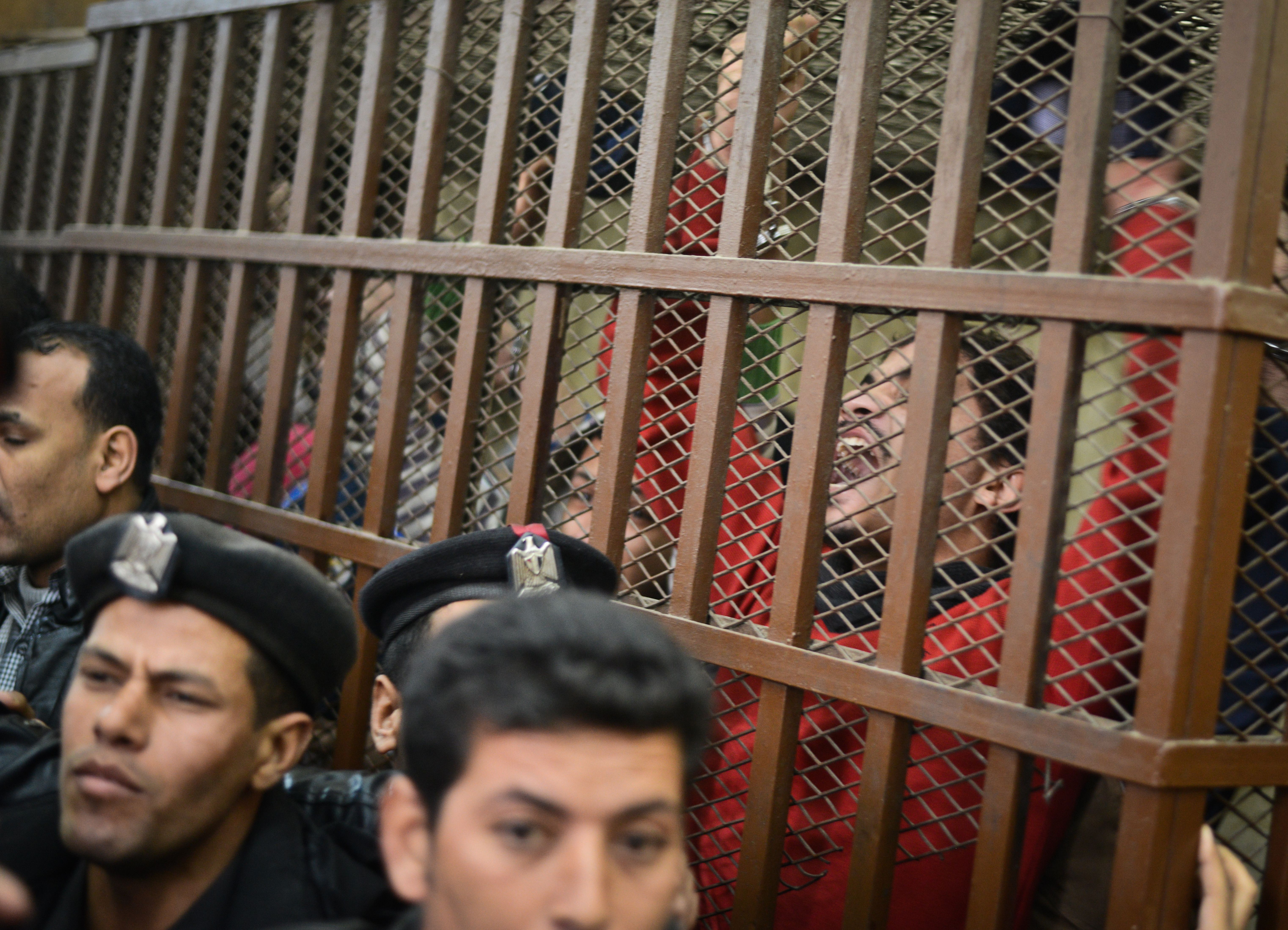 CAIRO -- A Cairo court acquitted 26 men on Monday who had been accused of "debauchery" in a rare victory for Egypt's gay community that has of late faced an increasingly oppressive police crackdown.

The defendants had faced between 1-9 years in prison on varying degrees of "debauchery" -- the most common Egyptian legal term used in cases against men accused of homosexuality.

Though homosexuality is not technically illegal in Egypt, the police and courts have a history of persecuting the gay community in this socially-conservative country. That Monday's ruling went they way it did surprised many observers.

The session lasted barely a minute -- just enough time for the judge to do a roll-call of the defendants' names before uttering a single word: "innocent."

The court immediately erupted into raucous celebration as the men inside the courtroom cage shouted and waved their shackled hands and attending relatives yelled and sobbed in relief.

For the accused and their families, this case has been a terrible ordeal. Societal stigma against homosexuality is strong here; as the defendants were marched into court chained hand-to-hand, they desperately attempted to hide their faces with scarves or their shirts, whatever was at hand. Family members grew angry at the sight of cameras, afraid that the faces of their sons or brothers would be broadcast on television and publicly identified.

In fact, they already had. Among all the various cases of police arresting Egyptian gay men, what makes this one particularly notable is how the police raid of the bathhouse, on Dec. 7, 2014, unfolded as television cameras rolled.

The Egyptian journalist who organized that shoot, Mona Iraqi, described the bathhouse as "the biggest den of perversion in the heart of Cairo."

It was that context of intolerance that had tempered the expectations of defense lawyers and human rights activists observing the trial.

"There was no evidence," defense lawyer Islam Khalifa told CBS News on Monday. "But in this country there are always no expectations."

Activists and lawyers said it was the biggest case against the gay community since the infamous Queen Boat case of 2001, when police arrested 52 men on a Nile disco boat and accused them of "offending religion" and "debauchery."