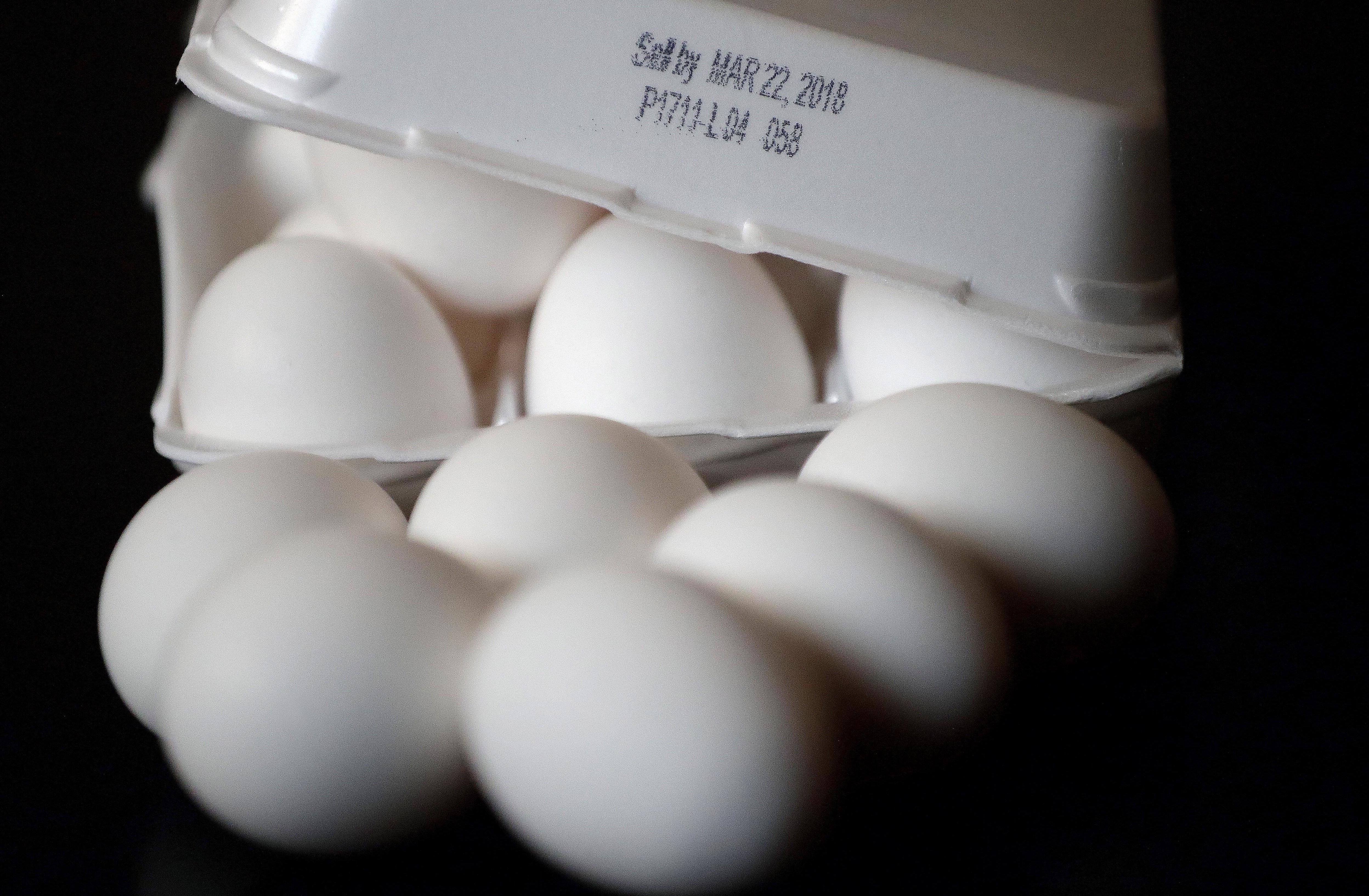 RALEIGH, N.C. -- More than 200 million eggs distributed to restaurants and grocery stores in nine states have been recalled because of bacterial contamination. A notice posted on the Food & Drug Administration (FDA) website Friday said the eggs shipped from a North Carolina farm may be tainted with salmonella. The bacteria can cause nausea, diarrhea and, in rare cases, death. Twenty-two illnesses have been reported.

"Consumers with these eggs shouldn't eat them," FDA Commissioner Scott Gottlieb tweeted Saturday. "Throw them away or return them to place of purchase for credit or refund."

The notice said Indiana-based Rose Acre Farms was voluntarily recalling the eggs "through an abundance of caution." A company spokesman didn't immediately respond to a message seeking further comment Sunday.

The eggs reached consumers in the following states, the notice says:

The recall came about after the illnesses were reported in states along the East Coast, and the FDA inspected the farm in eastern North Carolina's Hyde County that produces about 2 million eggs per day. Gottlieb said the agency's testing connected the recalled eggs to the people who got sick.

Twenty-two illnesses were reported through Friday, the notice said.

According to the notice, "The affected eggs (were) from plant number P-1065 with the Julian date range of 011 through date of 102 printed on either the side portion or the principal side of the carton or package, as follows: Lot Codes 011 – 102."

The brands involved include:

The  Food Lion eggs are the chain's store brand. The Great Value brand is sold at Walmart.

Food Lion has pulled the recalled eggs from shelves of the approximately 400 stores where they were available, said spokeswoman Emma Inman.

"The eggs that are in the stores today are safe," she said by phone. She said she didn't have information on whether Food Lion customers were among those who got sick.