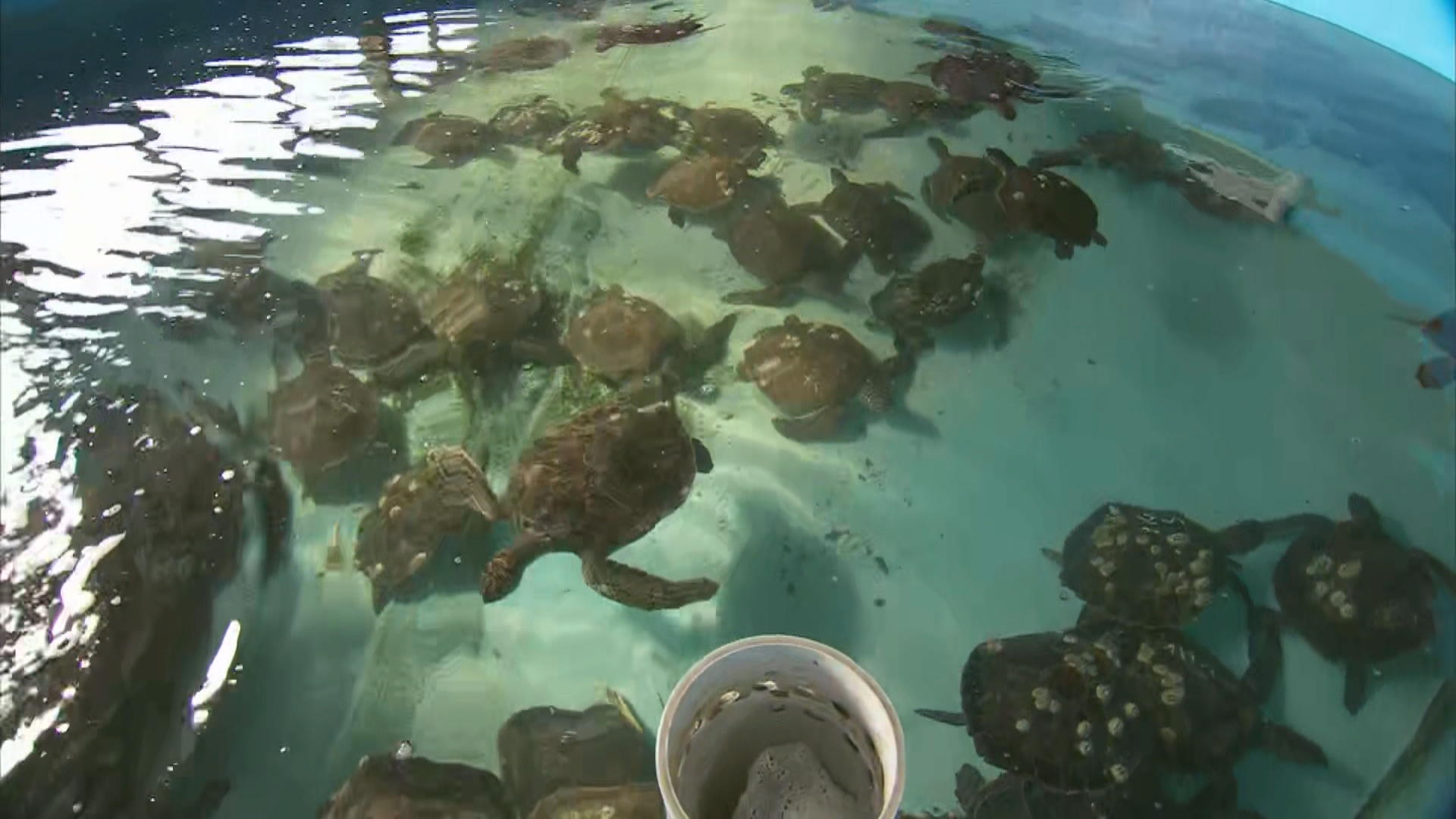 Millions of Americans face another cold snap this week, but humans aren't the only ones suffering. The cold is putting reptiles like sea turtles in a comatose state. CBS News' Michelle Miller visited the Gulf World Marine Institute in Panama City Beach, Florida, which in an average year treats and rehabilitates about 30 turtles. Just in the last few weeks, they've seen more than 850.

In the unusually cold waters of Florida's St. Joe Bay, an urgent rescue mission to scoop up hundreds of sea turtles floating in the water brought scientists and law enforcement officers together. The turtles were stunned by the cold and fighting for their lives.

Those endangered sea turtles go into a comatose state when water temperatures drop below 50 degrees. So with the help of volunteers, rescuers loaded them in crates and pickup trucks and took them to their next home: the Gulf World Marine Institute.

Secret Holmes-Douglas is director of the rehab center. Her team has taken in more than 850 cold-stunned sea turtles since the first week of January.

"It started out really slow, we had 19 on the first day and by the third we had about 200 and by Friday and Saturday and Sunday we were over 800. It happened really quickly," Holmes-Douglas said. "It is a lot of turtles and it can be very overwhelming. However, we do get a large amount of support from all over the United States."

The turtles are revived in temperature-controlled kiddie pools where they are carefully monitored by veterinarian Julie Cavin.

"We'll check their flippers, feel for any swellings or abnormalities that might indicate broken bones," Cavin said.

"We're dealing with an endangered and threatened species. So if we are not involved with this rescue effort then it can be detrimental to the population," Holmes-Douglas said.

She says the odds are already against these animals.

The odds are also stacked against many other animals battling the cold in the South this winter. Florida manatees, considered a threatened species, huddled together in canals and springs to stay warm. In South Florida, residents have seen frozen iguanas falling from trees, lying unconscious on the ground; like the sea turtles, they become immobilized in the frigid temperatures. In North Carolina, alligators trapped in frozen ponds were spotted poking their noses through the ice.

"We're seeing a number of organisms that are experiencing stress and illness and mortality from what I would say is an extreme weather event," Dr. Catherine Phillips of the U.S. Fish and Wildlife Service.

"These efforts to rehabilitate and recover them continue to help us move forward to be able to ensure that these organisms are around for future generations so that our grandchildren's grandchildren will be able to experience these on Earth," Phillips said.

This winter may not be done with its southern cold snaps and that would be a particular challenge for rescue and rehab centers. But they say as long as they are needed, they will continue the effort.

Old mental institutions are turning into apartments and hotels