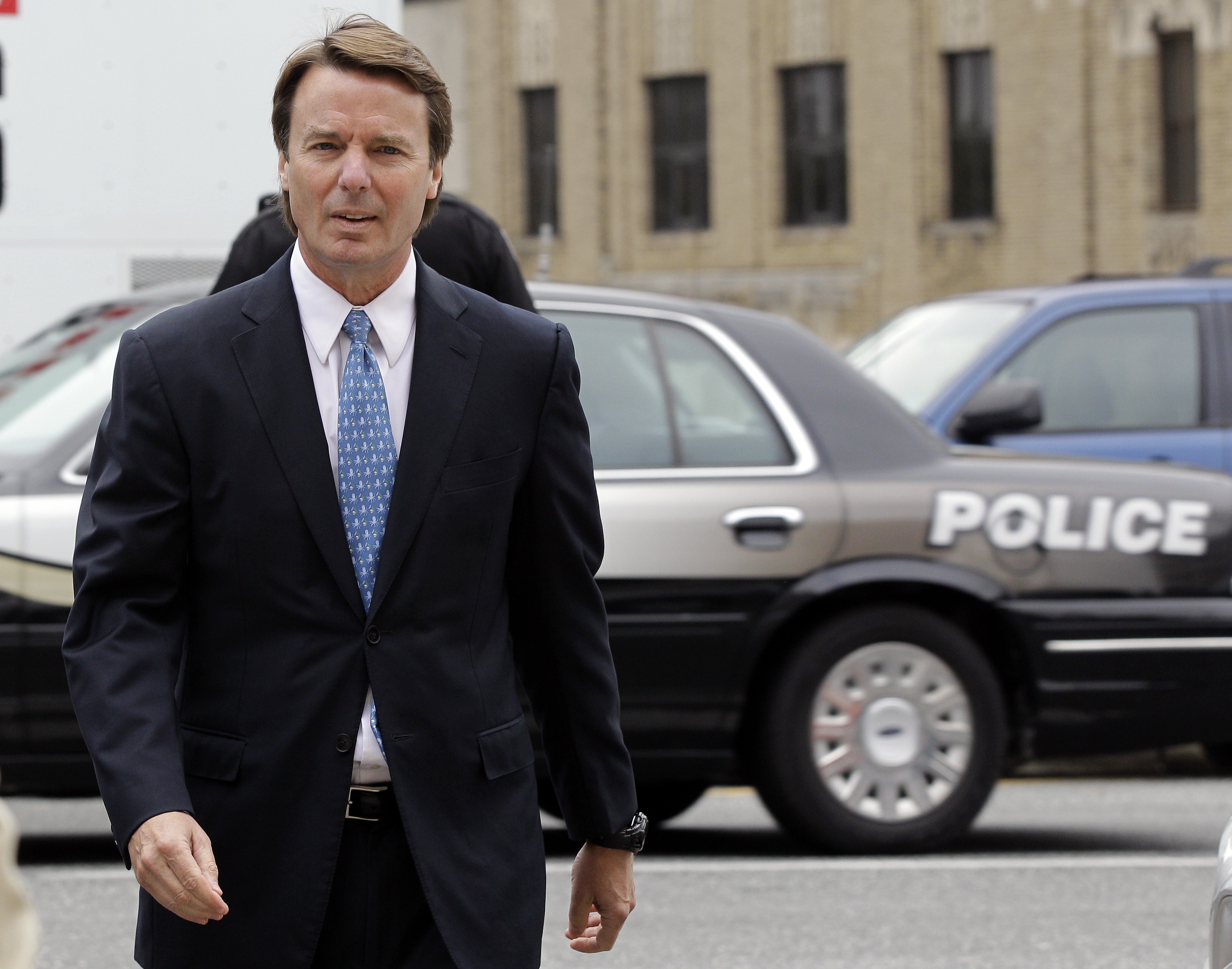 GREENSBORO, N.C. — A jury deliberated for about five hours Friday over whether John Edwards broke campaign finance laws and the panel made several requests before being sent home until Monday, suggesting they were settling in for detailed discussions about money from wealthy donors used to hide the candidate's pregnant mistress during his 2008 White House bid.

Before going home for the weekend, jurors asked for specific evidence, a list of all of the exhibits and office supplies.

Jurors heard about 17 days of testimony, a lot of it focusing on the details of the lurid sex scandal between the Democratic candidate, his mistress Rielle Hunter and his once-trusted aide Andrew Young, who initially claimed he was the father of his boss's baby. But they also reviewed phone and financial records from a period of about two years.

Edwards is charged with six criminal counts including conspiracy to violate the Federal Election Campaign Act, accepting contributions that exceeded campaign finance limits, and causing his campaign to file a false financial disclosure report. He faces up to 30 years in prison and $1.5 million in fines if convicted of all charges.

Jurors asked for eight exhibits and all of the notes from a wealthy heiress who provided about half of the money at issue. They also wanted a transcript of the heiress' lawyer's testimony, but the judge told them to rely on their memory. They said they need markers and a board to write on, too.

Jurors will have to weigh whether to believe Edwards, who argued that he didn't knowingly break the law, or his aide, Andrew Young, who said Edwards recruited him to solicit secret donations in excess of the legal limit for campaign contributions, then $2,300.

The choice before them comes down to choosing which liar to believe.

Young, the prosecution's star witness, falsely claimed paternity of his boss's baby in December 2007, after tabloid reporters tracked a visibly pregnant Hunter to a doctor's appointment.

The bulk of the alleged illegal campaign contributions flowed to Young, including $725,000 in checks from heiress Rachel "Bunny" Mellon, who is now 101 years old. Young spent some of the money to care for Hunter, but financial records introduced at the trial showed the aide siphoned off most of the money to help build his family's $1.6 million dream home near Chapel Hill.

Prosecutors say Edwards knew about the money and directed the cover-up, showing the jury phone records indicating he was in constant contact with Hunter and Young while they were in hiding.

The defense countered that it is Young who should be on trial, not Edwards, accusing the aide of using Edwards' name without his knowledge to bamboozle Mellon out of hundreds of thousands of dollars for his personal use. Young received immunity from prosecutors.

"This is a case that should define the difference between a wrong and a crime ... between a sin and a felony," Lowell told the jury. "John Edwards has confessed his sins. He will serve a life sentence for those. But he has pleaded not guilty to violating the law."

The eight-man, four-woman jury includes a retired firefighter, a plumber as well as a corporate vice president and retired accountant. One juror recounted handing out pamphlets supporting Democratic President Barack Obama in 2008, while another said he had put out signs supporting Republican candidates.