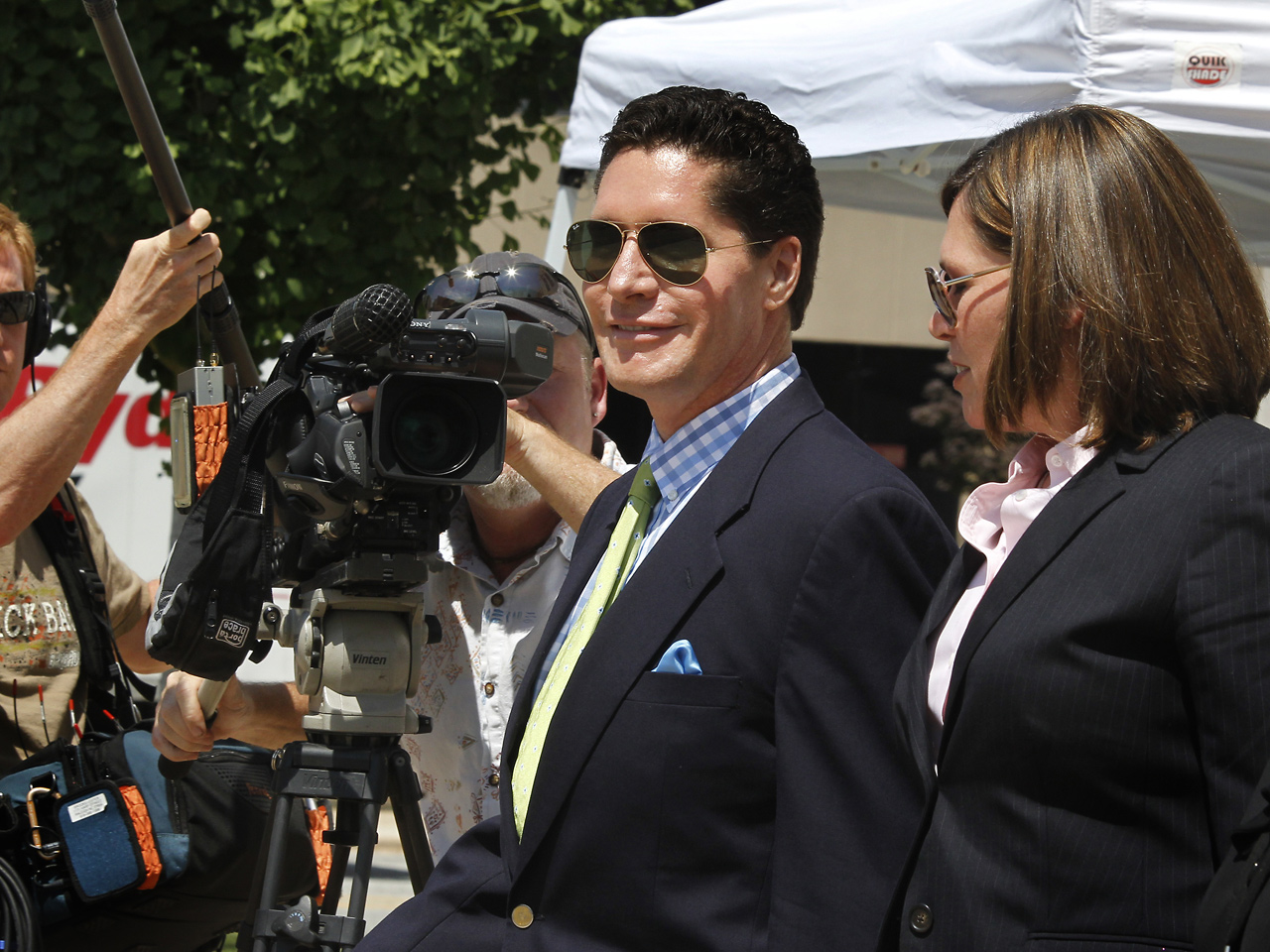 (CBS/AP) GREENSBORO, N.C. - The 101-year-old heiress whose money helped hide John Edwards' pregnant mistress said the presidential candidate should have used his own money for the cover up, her friend testified Friday.

Interior designer Bryan Huffman, 48, was asked on the witness stand Friday how Rachel "Bunny" Mellon reacted after learning what became of some of the $725,000 in secret checks she had funneled to a fundraiser for Edwards' 2008 campaign.

Huffman, 48, said that Mellon was not one to judge someone for having an extramarital affair. Her relationship with her first husband overlapped with that of her second.

But, Huffman said, Mellon had an opinion about how her money was spent.

"She thought maybe you should probably pay for your girlfriend yourself," Huffman replied.

As the courtroom erupted in laughter, even the former North Carolina senator seated at the defense table cracked a smile.

It was a frequent reaction to testimony from Huffman, the congenial Charlotte designer who described himself as the elderly millionaire's "evening friend" -- someone she calls for a chat before bedtime.

Huffman said Mellon had become enamored of the handsome and youthful senator from North Carolina, who reminded her of John Kennedy. He made it his mission to arrange an introduction. Huffman's sister had gone to law school with Edwards' close aide, Andrew Young, and he called to invite Edwards to Mellon's estate.

Huffman was on hand in December 2005 when Edwards arrived at Mellon's home for what the campaign called a "prospecting" visit. At dusk, Edwards lifted off from the airstrip on Mellon's estate in her private jet, headed to Chapel Hill. "There goes the next president of the United States," Huffman recounted her saying.

Mellon, who rarely leaves her expansive Virginia estate, is not expected to testify at Edwards' corruption trial. But her money is at the heart of the government's case against Edwards. Prosecutors allege that he masterminded a scheme to use about $1 million from Mellon and a second wealthy supporter to hide his pregnant mistress as he sought the White House.

Edwards denies knowing about the money and has pleaded not guilty to six criminal counts related to campaign finance violations. If convicted, he faces up to 30 years in prison and $1.5 million in fines.

In addition to the $725,000 at issue in the trial, Mellon gave an additional $6.4 million to organizations supportive of Edwards' presidential bid.

Dogged by tabloid reports about his affair, Edwards was forced to withdraw from the race in January 2008. In the following months, it also became clear he also wouldn't be the Democratic nominee for vice president, as he had been four years earlier.

According to earlier testimony, Edwards then turned his attention to raising money for a foundation to fight poverty. Andrew Young, the Edwards aide who helped carry out the cover-up of the mistress and her baby, called Mellon in the summer of 2008 and asked for another $40 to $50 million to endow the foundation. Young also discussed the feasibility of the donation with Mellon's financial adviser.

Huffman, who had sent Mellon's secret checks to Young, said the heiress reacted angrily to the request, which she believed would have required her to liquidate some of her financial holdings.

"She was rather apopolectic at the size of the figure they requested. She was really upset," Huffman testified. "She said, `I cannot believe that the senator really wanted me for my money all along."'

Huffman testified that he called Young and told him Mellon was deeply offended and that Edwards needed to smooth things over.

The former senator apologized to her and said that he didn't know how much money Young had asked for, Huffman said. When the interior designer relayed that information to Young, the aide laughed and reiterated that the amount was Edwards' idea.

Huffman also testified that he felt that Young was being truthful.

"Everything he told me had been accurate, so my opinion was that he had told us the truth," Huffman said.

The previous day, Huffman testified that he'd participated in a scheme by Mellon to provide $725,000 in checks for Edwards. The checks were written to Huffman with notations such as "Antique Charleston Table" in the memo line, and Huffman would endorse them and pass them along to Young. The ruse was intended to throw off money managers for the Mellon family by making it appear they were engaged in a furniture business.

A prosecutor asked Huffman if Mellon was aware of a federal law that then limited individual political contributions to $2,300 per election cycle.

"She thought it was a little low," Huffman replied to laughter. "Our furniture business did not really involve furniture. It was money for Sen. Edwards."

The checks stopped after her lawyer learned about them and confronted the interior designer, who confessed that the money had gone to Young. The lawyer, Alex Forger, is expected to testify Friday.