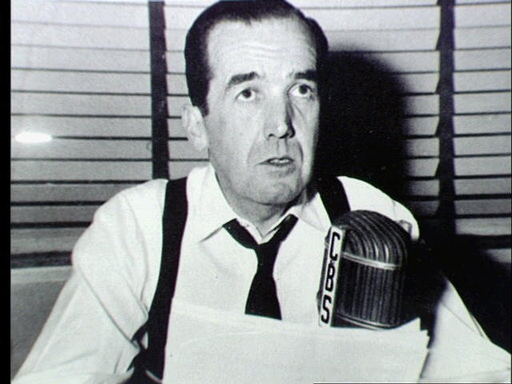 “The actions of the junior senator from Wisconsin have caused alarm and dismay amongst our allies abroad and given considerable comfort to our enemies,” Murrow said. “And whose fault is that? Not really his. He didn’t create this situation of fear; he merely exploited it - and rather successfully.

“Cassius was right. ‘The fault, dear Brutus, is not in our stars but in ourselves.’ Good night and good luck.”