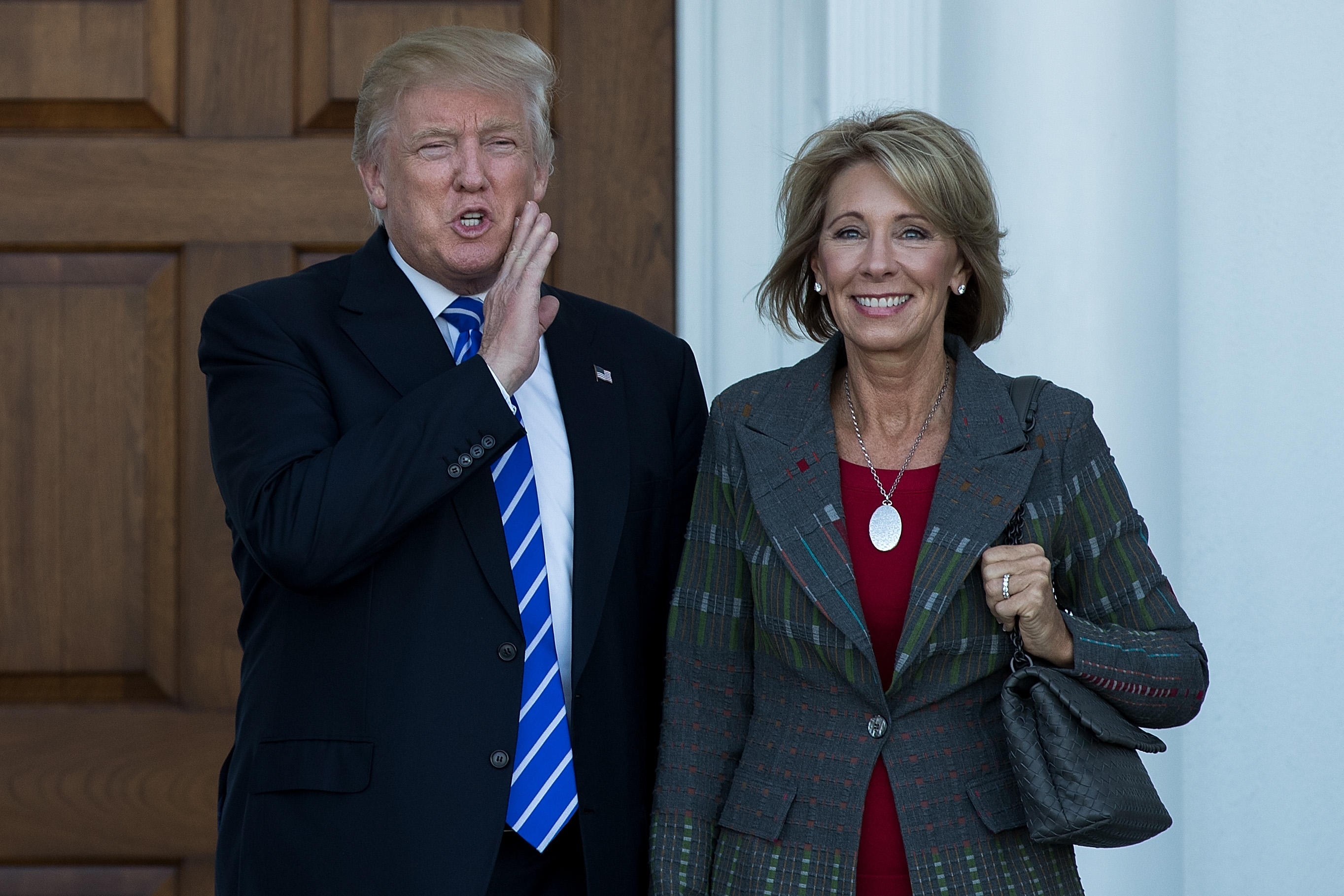 WASHINGTON -- Charter schools and school choice are expected to be a major focus of education policy under the new Trump administration.

Betsy DeVos, Trump’s choice for education secretary, has spent over two decades advocating for school choice programs, which give students and parents an alternative to traditional public school education. Her confirmation hearing was scheduled for Tuesday evening.

Here is a look at the main players, concepts and controversies surrounding school choice.

Charters schools are funded with taxpayers’ dollars, but run by private organizations bound by various charters. Because they are operated privately, charter schools have more freedom to choose their own curriculum, staff and budget. Charter schools have expanded dramatically in the United States over the past two decades from less than 2,000 schools, or 2 percent of the total number of schools across the country in 2000, to about 6,700 schools or some 7 percent in 2014, according to the National Center for Education Statistics. The number of students enrolled in charters has risen from 500,000 in 2000 to 2.7 million in 2014.

Proponents say charter schools provide real alternatives to low-income families who cannot afford private schools but are dissatisfied with public school options. Because charter schools have more flexibility, they can opt for more rigorous curricula, more learning hours and stricter discipline and thus push children to achieve better academic results. Since charter schools face fewer bureaucratic restrictions and regulations, they are more prone to innovate and experiment with new approaches. Free-market advocates believe that injecting competition in the sphere of education and allowing parents to choose among a variety of schools for their children benefits the system as a whole.

Opponents point to studies which show that charter schools don’t necessarily produce better academic outcomes. While some charter schools have in fact demonstrated superior results, other charters have performed significantly worse than public schools, leading to school closures and leaving parents scrambling to find new schools for their children in the middle of school years. Because charter schools are subjected to less government oversight than public schools, opponents say that some charters have been known to suspend and expel students in greater numbers than at public schools, which they say is unfair. Finally, critics say charter schools don’t fully meet the requirements of students with special needs, such as children with disabilities or English language learners.

Even some of the supporters of the charter school movement have another problem with DeVos’ policies. Nearly one-half of charter schools that DeVos has helped advance in her home state of Michigan operate as for-profit organizations, leading to criticism that their key goal is enriching their owners at the expense of taxpayers’ money, not educating students. Advocates, however, counter that there is nothing intrinsically wrong with for-profit institutions and that if parents are dissatisfied with their children’s education, they can always find an alternative school.

Another option for low-income families is to send their children to a private or parochial school using vouchers, which are essentially publicly funded scholarships. Advocates say government subsidies have existed for many years in higher education and in housing. While many states use their own funds for school voucher programs, the one in the District of Columbia is federally funded. Critics object to using vouchers in religious schools, saying that public money should not be used to fund religious activity. They also point to data that shows that in some cases voucher recipients were not underprivileged students from public schools but students who had already been attending private schools previously and that the voucher programs was essentially funding private schools with public money.