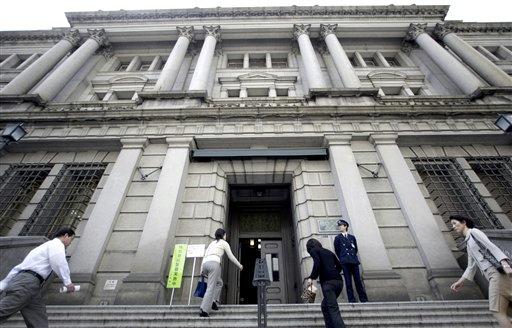 Two studies appearing in the Journal of the American Medical Association have prompted the journal's editors to call for "drastic action" to prevent drug companies from misrepresenting data from clinical trials.

The two investigations involve the pain medication Vioxx, which was taken off the market in 2004 after being linked to an increased risk of heart attacks and strokes among long-term users. The revelations are the latest to come to light from lawsuits brought by people who claimed they'd been harmed by Vioxx.

Researchers charged that the drug's manufacturer, Merck, withheld key data from Vioxx trials from federal regulators and misrepresented the Vioxx research. The JAMA editors agreed, but they added that the problems are pervasive within the industry and not confined to Merck.

"The (two studies) document how one company, Merck & Co. Inc., apparently manipulated dozens of publications to promote one of its products," the journal's editor in chief and executive deputy editor write. "But make no mistake -- the manipulation of study results, authors, editors, and reviews is not the sole purview of one company."

In one of the JAMA articles, researchers charge that data from clinical trials showing a threefold increase in deaths among Vioxx users were withheld from the FDA for more than two years.

In their review of the data and internal company documents made public during civil litigation against Vioxx, the two researchers from the University of Washington, Seattle say the company appears to have misrepresented Vioxx's safety profile in studies involving Alzheimer's patients.

In a separate analysis of the court documents, another group of researchers concluded that Merck misled federal regulators and the public about its role in the Vioxx studies by naming outside investigators who had little to do with those studies as principal investigators.

A spokesman for the company tells WebMD that both charges are unfounded and that the company plans to formally respond to the JAMA editorial.

"All of Merck's disclosures to the FDA and the medical community were proper and appropriate," Merck legal spokesman Kent Jarrell says.

"We heard the points presented in these articles during the litigation and we rebutted them with evidence," Jarrell says. "It was a case of trial lawyer's antic masquerading as scientific substance."

The JAMA editorial notes that the "manipulation of studies and misrepresentation of study results could not have occurred without the cooperation (active and tacit) of clinical researchers, other authors, journal editors, peer reviewer, and the FDA."

It further noted that the public's trust in clinical research is in great jeopardy because the extent of the problem is not known.

"Although we truly believe that the vast majority of researchers and other authors are honest and have the highest scientific integrity, manipulation of studies and publications by the pharmaceutical and medical device industries is either increasing or there has been more exposure of these practices," JAMA editors Catherine D DeAngelis, MD, and Phil B. Fontanarosa, MD, write.

They go on to propose reforms aimed at minimizing the influence of the pharmaceutical industry on the clinical trials process, including registering all clinical trials prior to patient enrollment and full disclosure of the relationships of study authors with the companies paying for the research.

The University of Washington review included data from two studies designed to determine if Vioxx had a role in the treatment of Alzheimer's disease.

Researchers Bruce M. Psaty, MD, PhD, and Richard A. Kronmal, PhD, compared the two published trials to inernal Merck documents about the studies made public during the court trials.

Psaty tells WebMD that internal documents show that as early as spring 2001 Merck identified a threefold increase in the risk of death among Vioxx users vs. patients taking placebo, but the information was not given to federal regulators.

"These analyses were not submitted to the FDA or the public in a timely fashion, and when Merck did submit the data to the FDA, they used accounting methods that minimized the appearance of risk," he says.

Specifically, Psaty says the company's April 2001 analysis of pooled data from two trials identified 34 deaths among 1,069 Vioxx patients and 12 deaths among 1,078 patients in the placebo arms of the studies.

"If you were to ask independent scientists whether a threefold increase in mortality represented a safety problem, I think you would be hard pressed to find many, if any, who would say no," Psaty says.

But Psaty says safety data submitted by Merck to the FDA a few months later showed a smaller difference in deaths between the Vioxx and placebo-treated patients because the company included only the patients who were actually taking the treatment they were assigned to take.

"This on-treatment approach to reporting minimized the appearance of any mortality risk," Psaty and Kronmal write.

In the other review of the court documents, Joseph Ross, MD, of New York's Mount Sinai School of Medicine, and colleagues conclude that Merck misrepresented the authorship of many Vioxx studies by recruiting outside investigators with impressive academic affiliations.

These investigators were often listed in the published studies as first, second, and third authors, even though they had little active role in the research, which was done internally by Merck, Ross tells WebMD.

"This gave the appearance of more academic rigor and more objectivity than there actually was in these studies," Ross says.

In a written statement, the company says it is the authors of the two JAMA studies who misrepresented the facts by failing to provide appropriate context for their claims.

"Merck is disappointed that we did not have an opportunity to respond to the misleading claims made in these articles prior to their publication," the statement reads. "We believe that a full, unbiased evaluation of the Merck papers shows that many of the conclusions put forward by the authors of the JAMA papers are incorrect."

"Merck carefully analyzed the data and found that there was no pattern suggesting the deaths had any connection to Vioxx; some of the deaths were caused by car accidents, poisonings, infections, and other causes that are not related to Vioxx," the statement reads.

Jarrell says the authorship review misrepresented the role of the academic authors involved with the studies.

"We certainly feel that our actions on disclosure were appropriate and in line with industry practice," Jarrell tells WebMD. "And, most importantly, the data in the articles were completely accurate."

Merck agreed to pay $4.85 billion last November to settle lawsuits brought by people who claimed to have been harmed by Vioxx.