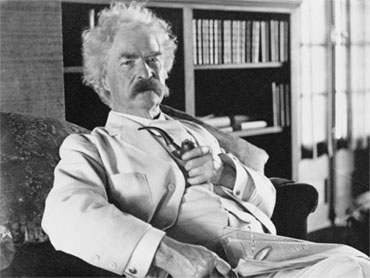 ATLANTA - Mark Twain defined a classic as "a book which people praise and don't read." These days a lot of schools are not reading one of his classics, "The Adventures of Huckleberry Finn," because it contains offensive language.

CBS News correspondent Mark Strassmann reports a new sanitized version is coming out. It may not solve the problem.

On one page of "Huck Finn," Twain wrote the n-word six times. Should each use be edited out and replaced with the word "slave"?

Allan Gribben says yes. Gribben is a Twain scholar at Auburn University at Montgomery and will publish a new edition of Twain's classic without the n-word.

"Seems to me I'm doing something constructive by simply eliminating a word that's a clear barrier for many people," says Gribben.

"We have to have the discussion about it," says Rice. "We can't skate over it."

As a book, "Hucklberry Finn" was controversial right from its first printing in 1885. it was too coarse, critics said. But its racial stereotypes and language are what eat at some critics today with repeated recent attempts to ban the book.

On Twitter Wednesday, reaction to editing Twain's text was overwhelmingly negative. Take out the n-word, one person wrote, and "...you have to take the holocaust out of Anne Frank, and the adultery out of 'The Scarlet Letter.'"

"If you're going to move forward there's going to be some agitation, right?" says Rice. "You want to make sure that going to disturb the equilibrium, at least a little bit, or there's not going to be any growth."

As Huck says in a film version of the novel, "I don't give a damn what the whole world says."