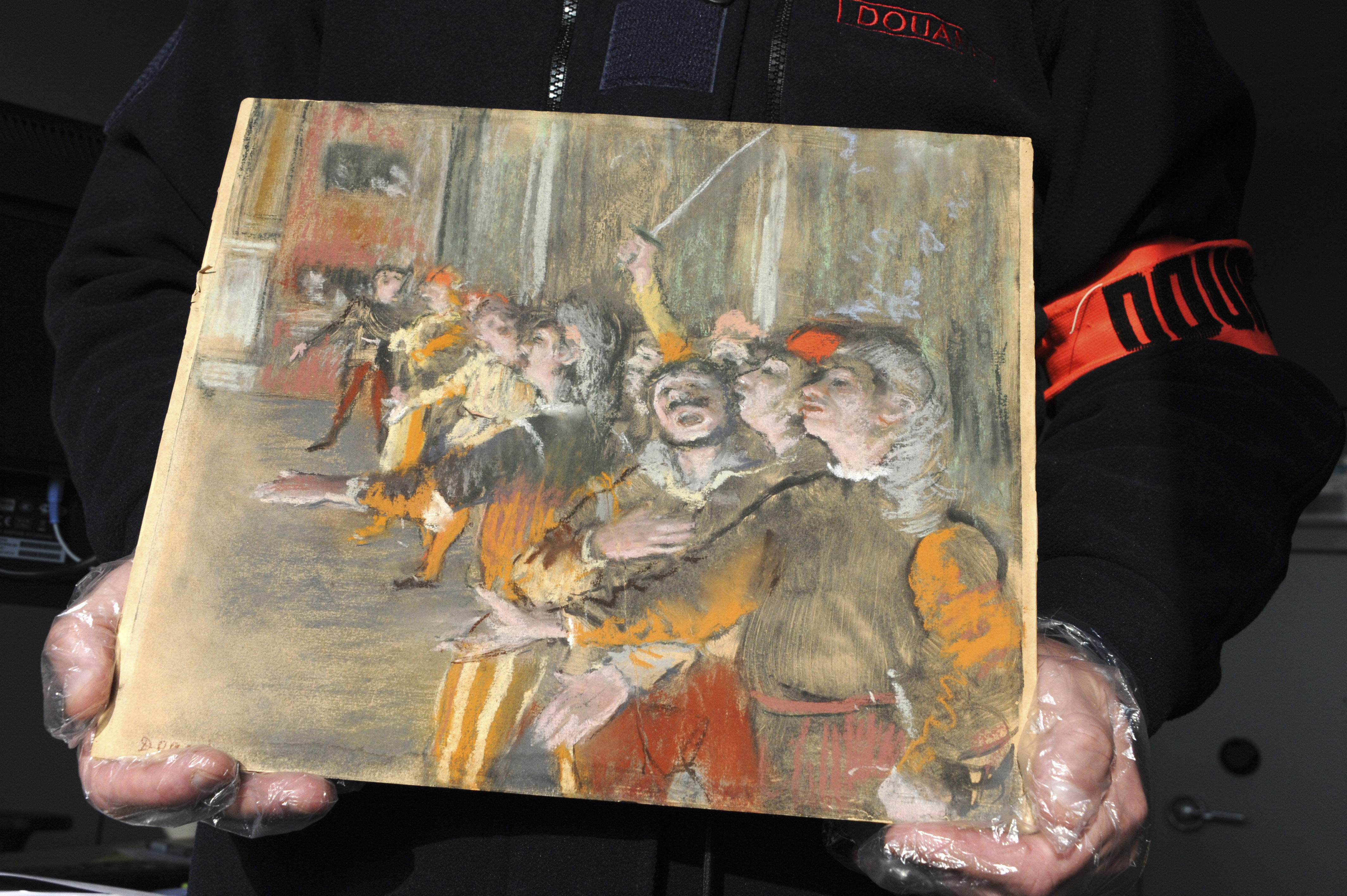 PARIS -- French customs officers have found an impressionist painting by Edgar Degas stowed on a bus more than eight years after it was reported stolen. According to the BBC, the pastel painting, which was found during a random search, is said to be worth 800,000 euros, or nearly $984,000.

The French Culture Ministry said Friday that customs agents in Marne-la-Vallee were surprised to find a work of art bearing the signature "Degas" inside a suitcase in the bus' luggage compartment. The ministry says none of the passengers claimed the suitcase during the Feb. 16 search.

Experts verified the artwork as Degas' "Les Choristes" ("The Chorus Singers"), which depicts a scene from Mozart's opera "Don Giovanni."

The painting was stolen from a Marseille museum in 2009 while on loan from Paris' Musee d'Orsay. At the time, authorities said there was no sign of a break in, according to the BBC.

French Culture Minister Francoise Nyssen said she was delighted by the recovery of a work "whose disappearance represented a heavy loss for the French impressionist heritage."

The artist, born in 1834 as Hilaire-Germain-Edgar De Gas and later known as Edgar Degas, died in 1917. Degas is well-known for his sculptures, paintings and prints, many of which portrayed theatrical scenes and dancers.