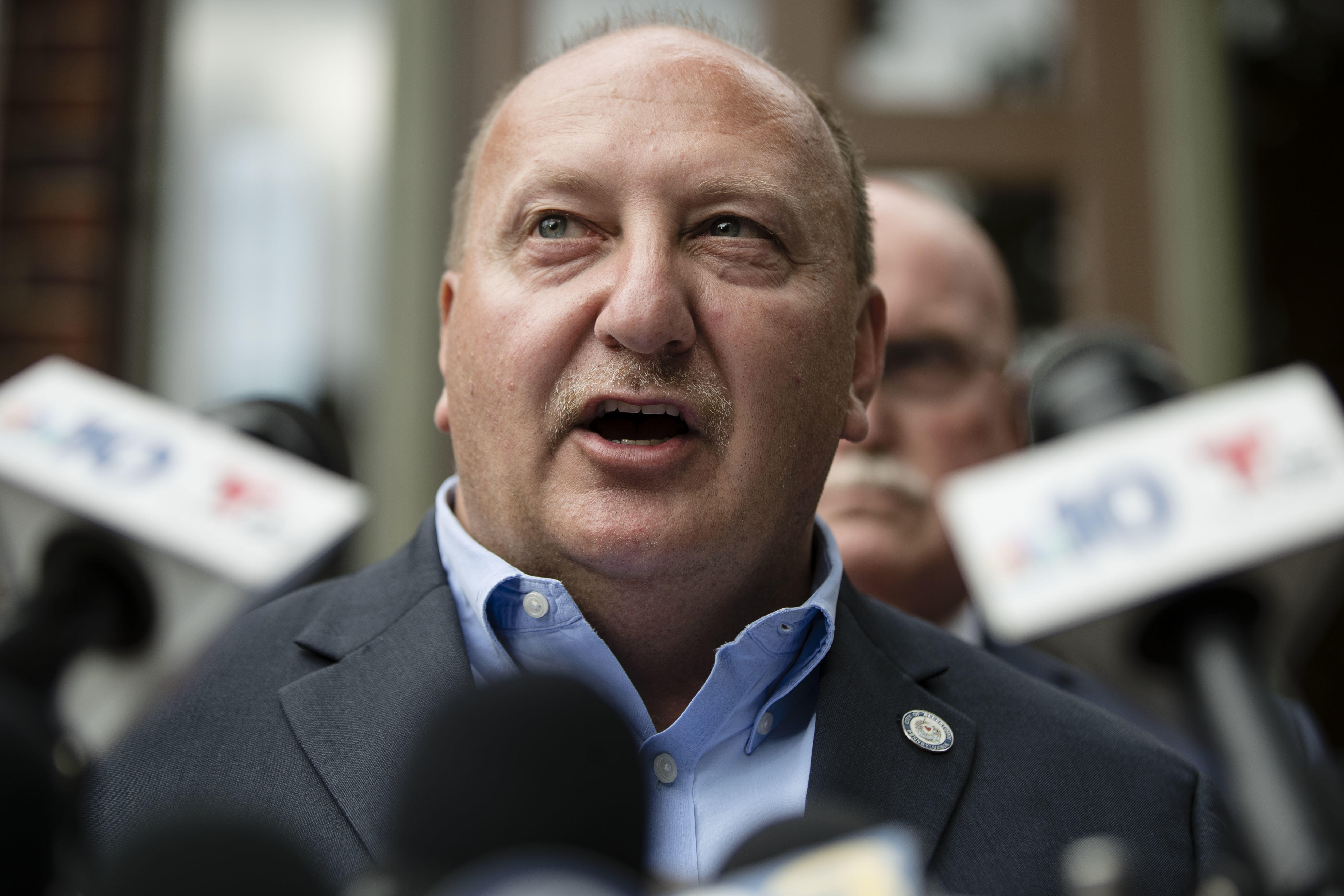 PHILADELPHIA -- The mayor of Allentown and the former mayor of Reading have been charged with corruption for a series of pay-to-play schemes officials likened to putting for-sale signs on their offices while promising political favors to deep-pocketed donors.

Allentown Mayor Ed Pawlowski and former Reading Mayor Vaughn Spencer have been charged with multiple counts of bribery and fraud, according to indictments that detail how the two Democrats handed lucrative city contracts to donors who showered them with cash and gifts.

"Pawlowski and Spencer essentially put a for-sale sign up in front of city hall in Reading and in Allentown to sell their office and their services to the highest bidder," said Acting U.S. Attorney Louis Lappen.

Prosecutors allege Pawlowski attempted to steer contracts for jobs such as streetlight upgrades, a cyber security deal and other legal work toward those who gave him money from 2012 to 2015. In total, he accepted more than $150,000 in campaign contributions in exchange for the use of his office, prosecutors said.

He allegedly tried to hide his actions by deleting emails between himself and his donors. He also had his office swept for listening devices he believed were installed by law enforcement, according to the indictment.

Pawlowski, the mayor of Pennsylvania's third-largest city who first took office in 2006 and is now in his third term, acknowledged Tuesday that he was being charged and said he has no plan to resign while fighting the allegations. His attorney was not immediately available for comment.

Pawlowski denied the allegations in a news conference Wednesday, CBS Philadelphia reports. "I have a job to do and I will continue to do it and that includes my candidacy for re-election," he said.

Spencer, who was elected Reading's mayor in 2012, sought to keep large sums of money flowing to a re-election campaign and is reported to have made clear to donors he would use the power of his office to punish those who didn't provide satisfactory cash contributions, prosecutors said.

In one instance, Spencer allegedly agreed to award a contract worth $227,000 to an engineering firm after a representative for the company told him he would receive a $1,500 contribution and four tickets to a Philadelphia Phillies game. In another, prosecutors said Spencer bribed the president of Reading's city council to repeal an anti-corruption statute. The council president was previously sentenced to two years in federal prison for taking the bribe.

The federal investigation of the two city governments began in 2013 and previously led to charges against a slew of lower-ranking city officials and contractors. It became public in 2015 when FBI agents raided both city halls as well as the homes of Pawlowski and Spencer.

The indictments also named three others, including the former school board president in Reading, the state's fifth largest city.

No attorney was listed in court documents for Spencer.