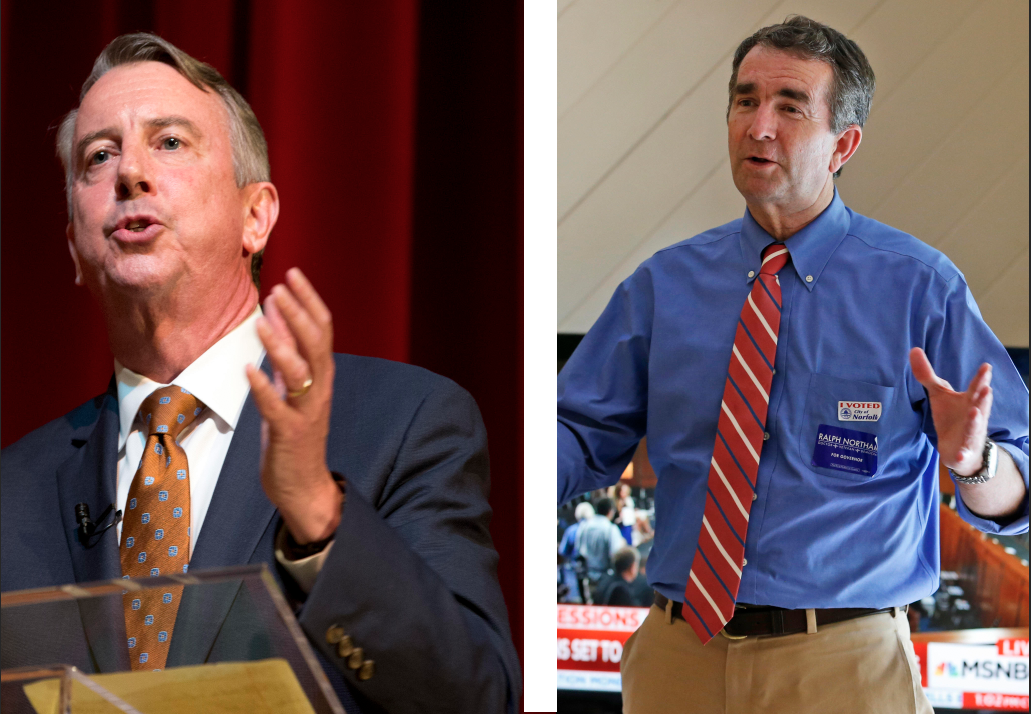 A day before the Republican and Democratic gubernatorial candidates in Virginia are to debate, a new poll finds that Republican Ed Gillespie and Democrat Ralph Northam are tied among Virginians, at 42 percent each, if the voting were to be held today.

In the Suffolk University survey of 500 likely voters in Virginia's upcoming statewide November election, the vast majority of those who said they voted for then-candidate Trump in the 2016 presidential election still "feel good" about their decision.

More respondents voted for Hillary Clinton -- 43 percent -- while 39 percent said they voted for Mr. Trump. Among Trump voters, the majority have a positive outlook regarding their choice, with 88 percent of respondents saying they "feel good" about their vote, and only 5 percent saying they "regret" it.

But 59 percent feel that "things have gotten off on the wrong track" in the country, while only 31 percent agree the country is "generally going in the right direction." Just over half -- 51 percent -- disapprove of the job Mr. Trump is doing as president, while 41 percent approve.

A slight plurality of those polled identify as Democrats (37 percent), compared with Republicans (34 percent), and 19 percent labelled themselves as independents.

The Suffolk poll also found that a majority of Virginians -- 57 percent -- think Confederate statues should not be removed from public spaces, while 32 percent think they should be removed.

Forty-six percent said that Sen. Tim Kaine, a Democrat, should not be re-elected, compared to 43 percent, who think he should be sent back to the Senate.

Gillespie has served as the Republican National Committee chairman and served as counselor to President George W. Bush. He challenged Sen. Mark Warner for his seat in 2014 and lost by a mere 0.8 percent. Ralph Northam is the current lieutenant governor of Virginia and is also a doctor and U.S. Army veteran.