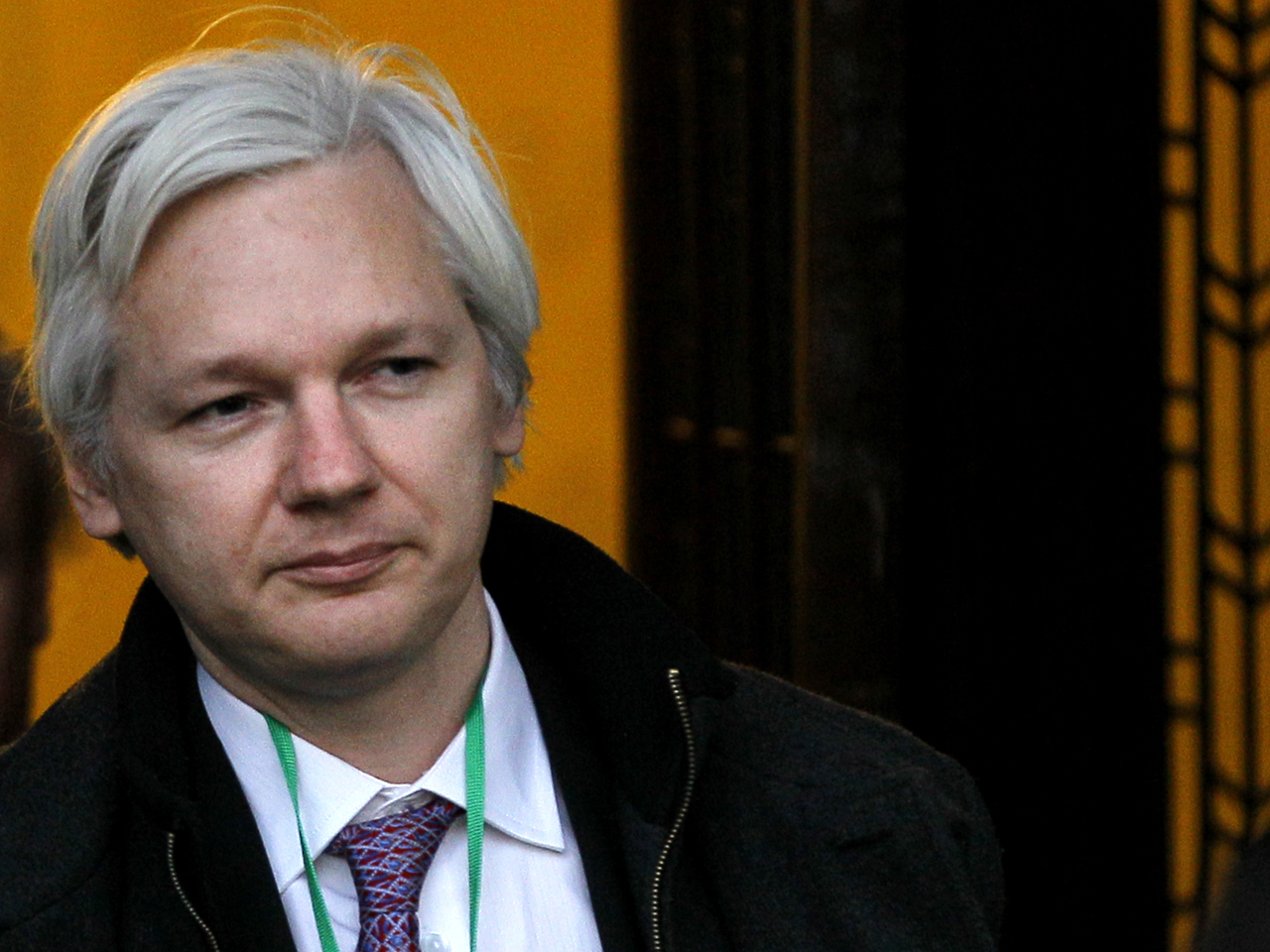 The move comes less than a week after Britain's Supreme Court rejected Assange's bid to reopen his attempts to block extradition to Sweden, where he is wanted for questioning after two women accused him of sexual misconduct during a visit to the country in mid-2010. He denies the allegations.

His legal struggle to stay in Britain has dragged on for the better part of two years, clouding his website's work exposing the world's secrets.

Patino told a news conference that Assange had written to leftist President Rafael Correa saying he was being persecuted and seeking asylum.

He said that Assange, who is Australian, had argued that "the authorities in his country will not defend his minimum guarantees in front of any government or ignore the obligation to protect a politically persecuted citizen."

He said it was impossible for him to return to his homeland because it would not protect him from being extradited to "a foreign country that applies the death penalty for the crime of espionage and sedition."

The reference is to the United States, as Patino says the letter spells out.

Assange, 40, claims the U.S. has secretly indicted him for divulging American secrets and will act on the indictment if Sweden succeeds in extraditing him from Britain.

In the letter, he accused Swedish officials of "openly attacking me" and investigating him for political crimes, according to Patino.

The foreign minister said his country would consider the asylum request "taking into account the respect for the norms and principles of international law as well as Ecuador's policy of protecting human rights."

In November 2010 Ecuador's deputy foreign minister said the country was offering residency to Assange. However, Correa told reporters the following day that neither he nor Patino had approved the offer and that it would need to be studied.

Assange shot to international prominence in 2010 with the release of hundreds of thousands of secret U.S. documents including diplomatic cables and a hard-to-watch video that showed U.S. forces gunning down a crowd of Iraqi civilians and journalists whom they had mistaken for insurgents.

Australian authorities have cooperated with the United States in investigating WikiLeaks' conduct. The Australians have concluded that Assange has broken no Australian law.

Her foreign minister, Bob Carr, said Washington had said nothing to indicate an indictment was planned there.