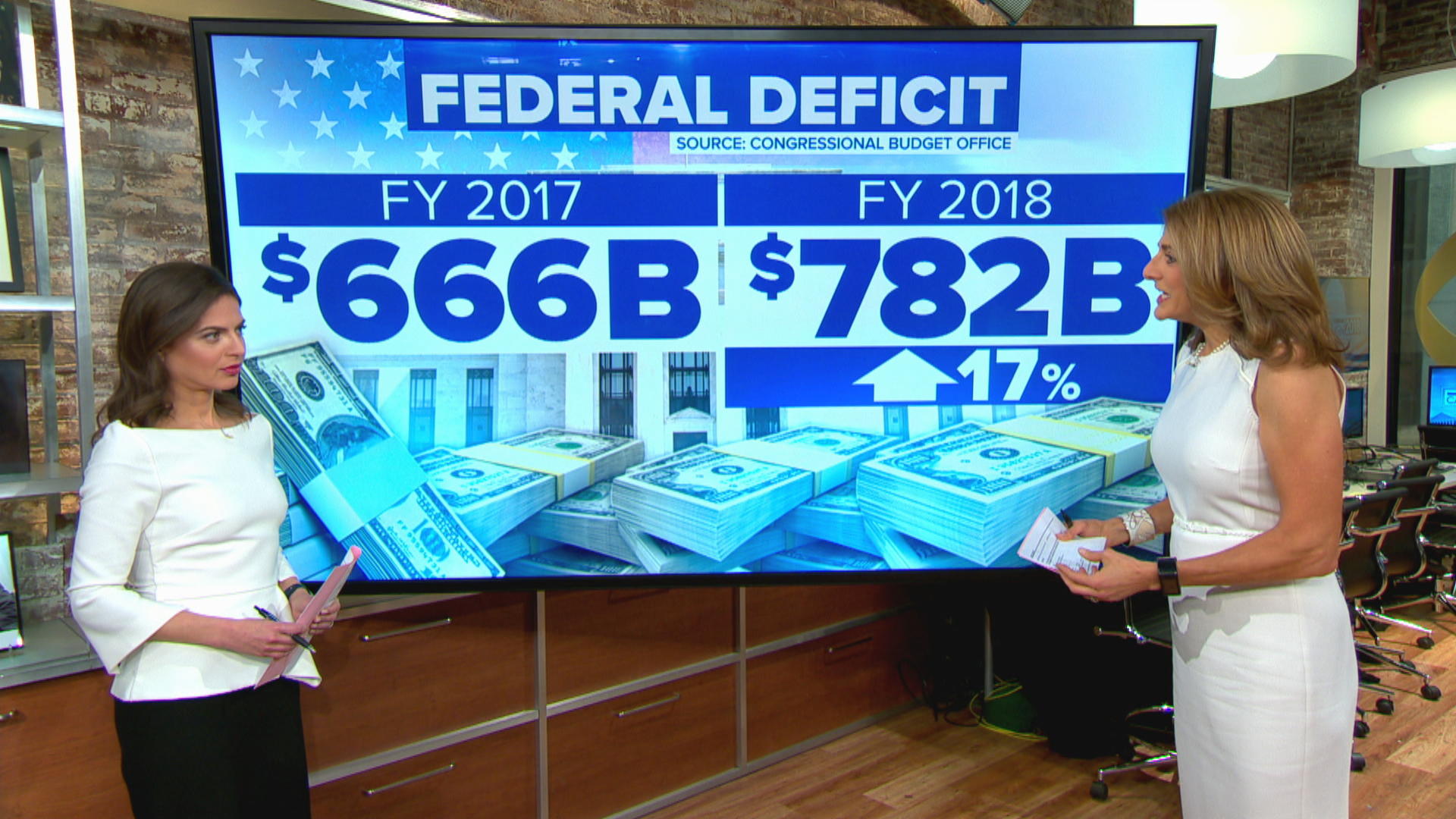 The CBS News battleground tracker poll finds an overwhelming majority of Americans are optimistic about the economy with 76 percent of voters rating it as "very" or "somewhat" good. But who gets to take credit for that?

As Americans headed to the polls Tuesday, CBS News business analyst Jill Schlesinger told "CBS This Morning" it's important to remember "economic cycles are long." She also warned that the "sugar high" the U.S. economy is experiencing this year may not last into 2019.

This year, the economy is on track for 3 percent growth, which would be the best growth since 2005.  But that growth, Schlesinger said, comes at a cost with the 2018 deficit up 17 percent from 2017.

"We saw a lot of spending by the government, the deficit has widened, and frankly, that could actually be a problem next year because if the deficit is up pretty high and we are having problems with tariffs, we could see growth cool next year. So economists are telling me 3 percent growth would be great this year. That sugar high may not last into 2019," Schlesinger said.

Ahead of the midterms, Democrats argued that the 2017 tax law that cut taxes for corporations and wealthy Americans and provided smaller tax cuts for middle and low-income people and families props up the seemingly robust economy. President Trump also promised an additional tax cut for middle-class Americans in the lead up to Election Day but has yet to offer many details on that.

Still, job growth has continued to hold steady with an average of 211,000 jobs added each month in 2018. U.S. businesses added a whopping 250,000 jobs in October, a number that surpassed Wall Street expectations.

"I think this far into a recovery the job situation is really terrific, right. We know that job growth accelerates early in a recovery but to have more than 200,000 jobs a month, every single month in 2018, is a really good number. Unemployment, it's down to a 49-year low, 3.7%. And also good news on wages which have just started to accelerate, up by just over 3 percent from a year ago."